Nepal And U.S. Commit To Deepening Their Engagement 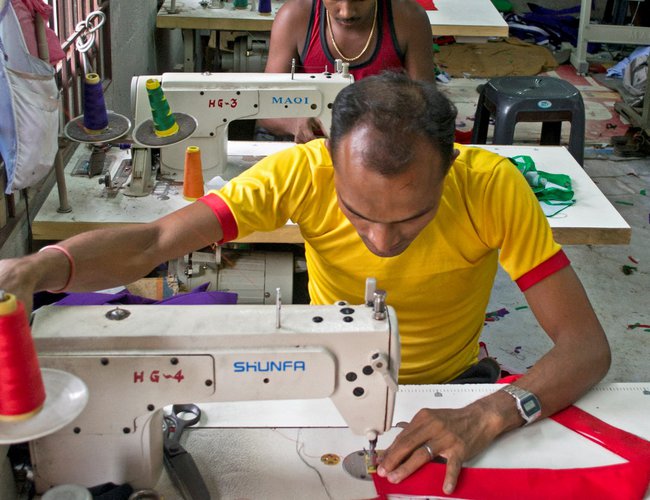 Nepal and the United States are far away geographically. However, U.S is Nepal’s fourth largest trade partner, after two neighbors India and China. Most important part is that trade between the two countries is in Nepal’s favor.

Although COVID-19 has badly affected Nepal’s tourism sector, U.S is the third highest country to send the tourists in Nepal. Given such an important role as a trade partner, trade talks between Nepal and U.S are highly important.

Last week, Nepal and U.S. concluded their trade talks expressing commitment to deepen their engagement. Led by Dr. Baikuntha Aryal, secretary at Ministry of Industry, Commerce and Supply, Nepal has expressed the hope that U.S will continue to provide duty free access to U.S Market.

The United States affirmed its engagement with Nepal on its efforts to foster innovation and investment through improvements in intellectual property protection and enforcement. Nepal provided an update on its initiatives to increase intellectual property protection through legislative changes. The United States welcomes the opportunity for further updates and engagement on these changes. Recognizing the important role of digital trade in fostering economic growth, Nepal and the United States agreed to explore ways to deepen engagement on policy developments affecting the digital economy.

The United States welcomed Nepal’s efforts to promote internationally recognized worker rights and the implementation of Nepal’s labor laws. Nepal affirmed the importance it attaches to worker rights and both countries agreed to engage in constructive discussions on these issues. The United States also welcomed confirmation that there is no restriction on the import of US pork and poultry in Nepali market, and Nepal’s Department of Food Technology and Quality Control (DFTQC) Nepal recognizes the food certificates of the National Competent Authority of USDA’s Food Safety and Inspection Service (FSIS). Both countries agreed to remain engaged on market access issues of mutual interest.

The meeting was co-chaired by Christopher Wilson, Assistant United States Trade Representative for South and Central Asia, and Baikuntha Aryal, Secretary of Commerce and Supplies, Ministry of Industry, Commerce, and Supplies, Government of Nepal. Both delegations included officials from trade, finance, labor, and other regulatory agencies.

According to a press release issued by US Embassy in Nepal, during the meeting, representatives discussed a range of bilateral trade and investment-related issues covered under the TIFA, including, among others, customs and trade facilitation, intellectual property, digital trade and e-commerce, labor, financial services, investment promotion, trade in agriculture products, and utilization of the Nepal Trade Preference Program.

Nepal and the United States discussed the importance of fully utilizing U.S. preferential trade benefits for select products from Nepal, available through December 31, 2025 as a result of the Trade Facilitation and Trade Enforcement Act of 2015. Taking note of Nepal’s interest in expanding utilization of the trade preference program and reviewing Nepal’s concept note, the United States expressed willingness to provide further technical assistance to Nepal to increase trade and investment.

Nepal provided an update on recent investment policy reform initiatives taken to improve its investment climate, and emphasized its interest in attracting additional foreign investment from the United States. The United States took note of this interest and suggested ways in which Nepal could further enhance the business climate to attract investment.

Both governments pledged their commitment to deepen their engagement in these issue areas over the coming months in intersessional meetings and to hold the 6th TIFA Council Meeting in Kathmandu, Nepal as soon as travel conditions permit.

The Trade and Investment Framework Agreement Between the Government of the United States of America and the Government of Nepal (TIFA) entered into force on April 15, 2011. Objectives of the agreement include the expansion of trade, investment and technical cooperation, and strengthening economic relations between the two countries.

Following the 2015 earthquakes in Nepal, the Trade Facilitation and Trade Enforcement Act of 2015 established a new country-specific preference program to grant duty-free treatment to Nepal for products covered by 77 Harmonized Tariff Schedule lines (including handicrafts, shawls, and travel goods).