Moderate To Dense Fog Across Southern Terai Of Neal

Moderate To Dense Fog Across Southern Terai Of Neal 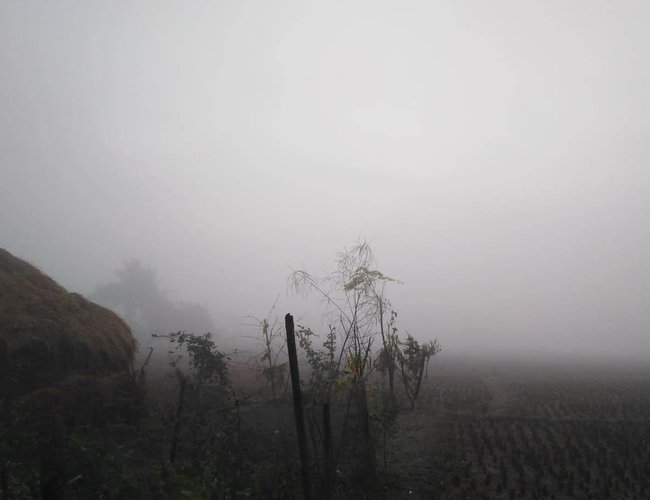 Under the influence of cyclonic circulation is seen over the states of eastern India and adjoining areas of Bangladesh, there will be partly to generally cloudy in the hilly regions of Province 1, Bagmati Province and Gandaki Province and mainly fair in the rest of the country. Moderate to dense fog enveloped from terai of Sudur Paschim to Province 1.

Cold day conditions continued in parts of terai. According to Meteorological Forecasting Division, there will be Partly cloudy in the hilly regions of the country and mainly fair in the rest of the country.

A cyclonic circulation is near the equator in the southern Arabian Sea and the adjacent Indian Ocean. A trough is also extending from this seasonal system to the Comorin region. There has been some slowdown in the speed of northwest winds, especially in parts of northwest India, due to the decrease in wind speed, the minimum temperature has increased.

Weather Forecast: Light To Moderate Rain Is Likely In The Country By NEW SPOTLIGHT ONLINE 12 hours, 12 minutes ago

Weather Forecast: Heavy Rainfall Is Likely In One Or Two Places Of Bagmati and Gandaki Provinces By NEW SPOTLIGHT ONLINE 3 days, 11 hours ago

Weather Forecast: Light To Moderate Rain Likely To Occur Across The Country By NEW SPOTLIGHT ONLINE 4 days, 11 hours ago