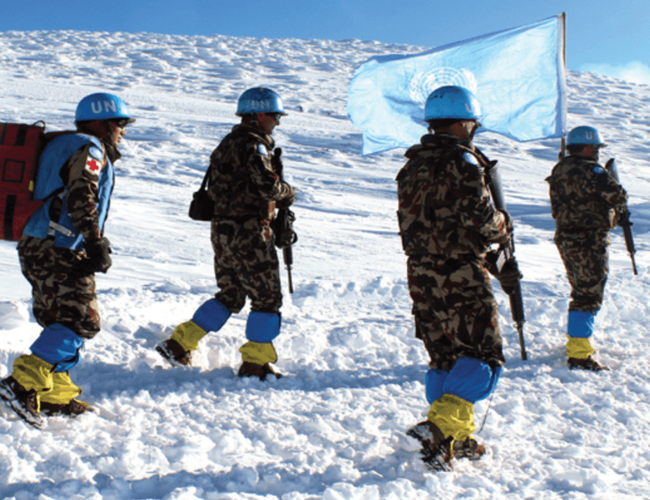 Deployed under the UN Peacekeeping UN Supervision Mission in Syria, Nepal Army’s solders have been monitoring and patrolling disputed territory of Mount Herman with freezing temperature of minus 20. According to a press release issued by Public Relations and Information Directorate, Nepal Army has been deployed there since 2013.

The Nepalese troop has been serving under the UN Supervision Mission. The mission was set in line with the UN Security Council Resolution 2043.

One of the highly sensitive and disputed territory of Syria and claimed by the Israel, the territorial dispute has been there for the last 46 years. This is the highest point of UN Peace Keepers deployed in the world.

According to a press release issued by Public Relations and Information Directorate, the areas covered by landmines. Those Nepal Army soldiers deployed in the region are trainiend in High Altitude Training Center in Mustang. The Mount Harmon Region remains under the snow for six months. COAS General Purna Chandra Thapa also served the region as a force commander.

EP DELEGATION Visit For Cause By A Correspondent 3 days, 16 hours ago