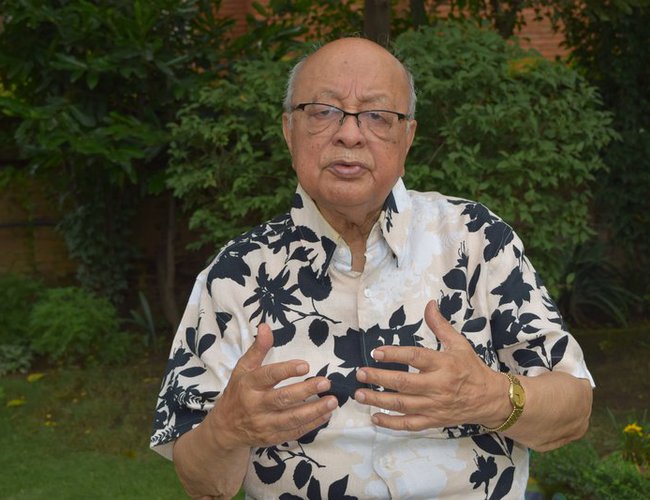 Himalaya Shumsher Rana has recently celebrated his 94th birthday amid the COVID-19 pandemic. For Rana, the year 2020 turned out to be painful as he has lost his wife Vijayalaxmi Rana in the midst of pandemic this year. 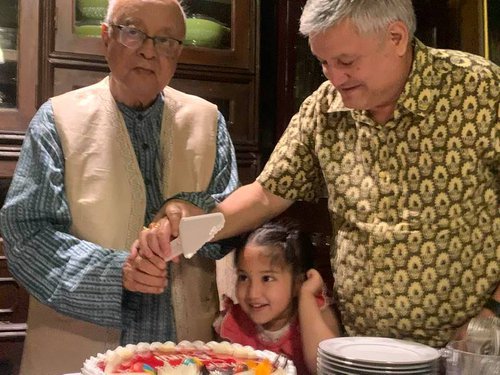 At a time when no member of his family is in politics, particularly at the leadership of a party, the moment of his daughter in law Thapa joining Nepali Congress gave him a joyous moment.

As he has entered 94, Rana remains active in his daily life. Waking up between 5-6 AM, he goes to bed at 10 PM, keeping himself active the whole time, taking some naps in between.

Like all other individuals, Rana remains in virtual isolation from the rest of his family, relatives and friends and confined to his home due to the COVID-19 pandemic.

As he remains in physical isolation, Rana has found time to revise his autobiography, Reminiscences and Reflections, in a process to publish a book on Chronicle of Ranas, consisting of Rana lifestyle, literature, administration, architecture and foreign policy.

He is also planning to reproduce his book on Kunwar and Rana with a revision. “I have been utilizing my time in isolation for some productive contributions,” told Rana. “Since many of my children including sons, daughters, daughters-in-law, sons-in-law and grandchildren have been infected with COVID-19, I have been avoiding close interactions with them,” said Rana.

An eye witness of many natural disasters including the great-earthquake of 1934, World War II and pandemics, Rana’s experience with COVID-19 is very different.

“In my long memory, I have never experienced living in physical isolation from family, relatives and friends,” recalled Rana, who also experienced the Great Earthquake in his childhood and another major earthquake in 2015.

“Due to my age, I have to remain alert and careful not to get infected from COVID-19,” narrates Rana. Thanks to careful and strict rules in his home and the care of his family, Rana is safe. “I was very much afraid when my son Amar got infected with COVID-19 because he lives close to me.”

Given the government’s proposal to administer the next round of vaccines to old people over 80, there is a hope for personalities like Rana to get out of the self-confinement.

Remaining physically and mentally active has been a big strength of Rana’s life. He used to go for golf until a few years ago. Although he stopped playing golf, he continues his physical exercises, just roaming around his garden in the morning.

With COVID-19 confining him, he has been playing online bridge with his pair including former chief of army staff General Pyar Jung Thapa. 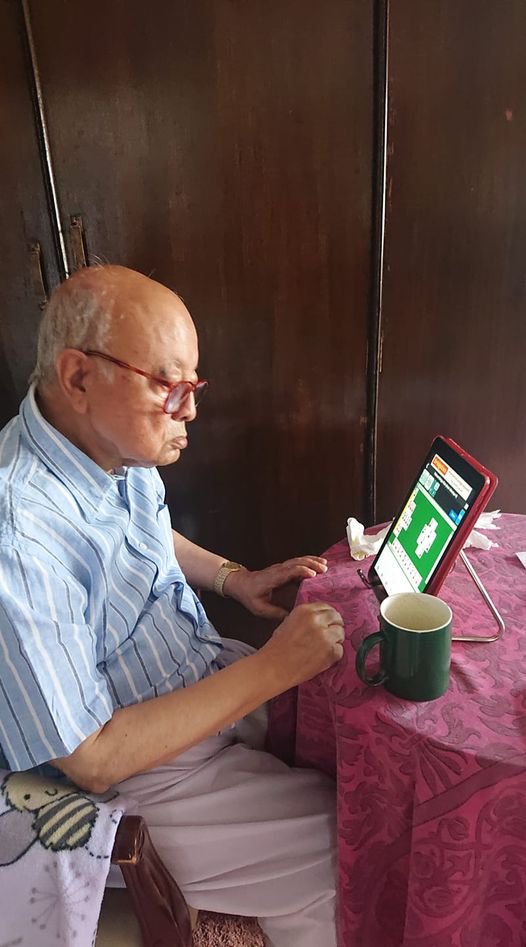 “Despite COVID-19 and living in isolation, he has his own schedule and routine. He wakes up at 5-6 am and starts his regular walking inside the compound and goes to bed at 10 after completing an online Bridge with his peer,” said Amar Shumsher Rana, who takes care of his father.

He has seen all the major events of the world and Nepal during his lifetime, working as the first governor and first finance secretary of Nepal, which makes him the oldest retired civil servant.

In his leisure time, he also watches movies and reads books. “As I remain in self-isolation like in prison, books appear as a friend to pass time. I read a number of books during the pandemic,” said Rana, who has been connecting with his family members through the internet.

Born on January 8, 1928, well respected Rana laid the foundations of Nepal’s institutions, including Nepal’s Central Bank and Ministry of Finance. He is the only living memory of Nepal’s political, social and economic transformations. 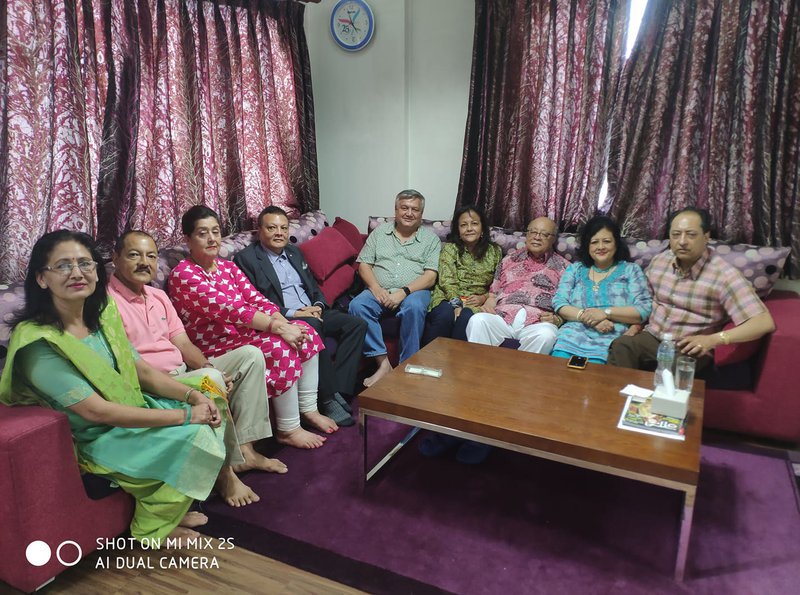 Great-great grandson of reformist and liberal Rana Prime Minister Dev Sumsher, Rana has not only seen long innings of Nepal’s transformation but also transformed himself to the modern context using social media, such as Facebook, to share his feelings.

Rana was small when he encountered a great earthquake of 1934 and saw the devastation of and destruction of Thapathali Durbar. Similarly, when he started his study in Bombay, he saw the World War II.

Born in a Rana’s family with liberal views, Himalaya Sumsher always followed the course of political liberalism. For holding these views, his great great grandfather Rana Prime Minister Dev Shumsher was sent to exile by his brothers.

Himalaya Shumsher Rana also faced a kind of personal exile following dissolution of multi-party system in 1960 by late King Mahendra. He was out of the country for over 25 years serving United Nations.

He took part in the revolution of 1950 supporting Subarna Sumsher Rana and signing the letter to end the autocratic regime. Rana also witnessed the transformation of civil service and political system.

He was a part of Peace Negotiations with Maoist. As a civil society member, he is still active in his role to protect democracy and bring peace and economic prosperity of the country.

Born in a period of global isolation with traditional communication system, he is now facing self isolation due to COVID-19 pandemic. Rana is a living history of over 90 years and part of all the transformation and change of Nepal. At 94, he is still active.

Ganga To Mississippi: Walking With The Rainbow By A Correspondent 4 months, 1 week ago