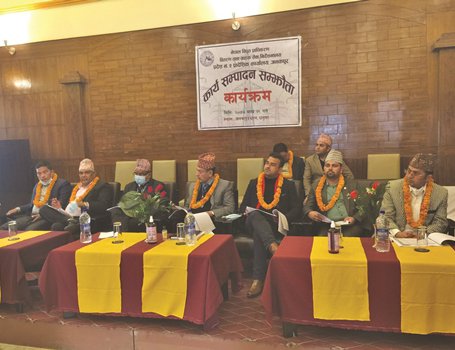 Signing the performance agreements with the heads of distribution and customer service centres, he said that electricity leakage control and service delivery improvement is the priority.

The top management of NEA on Monday signed performance agreements with the heads of 23 distribution centres under the provincial office of Province-2, Janakpur.

Meanwhile, the chiefs of distribution centres have signed an agreement with Harraj Neupane, Deputy Executive Director of the Directorate of Distribution and Customer Service of NEA.

In the performance agreement, control of electricity leakage has been given high priority giving it 50 points.

Arrangement has been made to reward or punish the chief of distribution centres by objectively evaluating the performance indicators.

The NEA has set a target of reducing the leakage of electricity to 8.5 per cent in the current fiscal year. Last year, the leakage towards distribution was 10.28 per cent.

The leakage till November is 16.6 per cent. The heads of each distribution centre under the office have been given separate targets for leakage control, said NEA.

The Janakpur Provincial Office collects 31.23 per cent of the revenue from the sale of electricity. 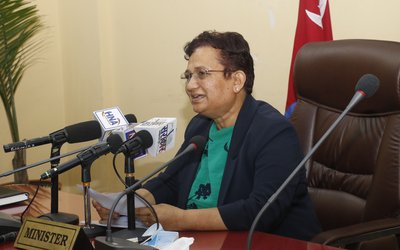