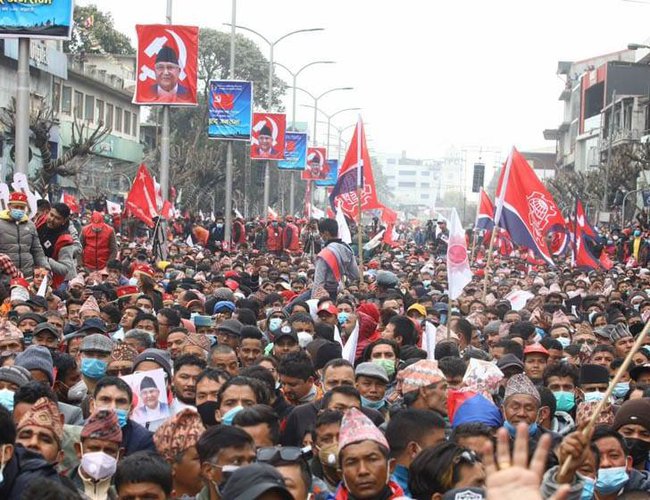 Prime Minister KP Sharma Oli said that his party is a real and genuine NCP. Addressing a mass gathering of tens of thousands of people, PM Oli termed the Prachand-Nepal group as a faceless gang of power mongers. He said that the forthcoming general elections will be important and people will defeat the conspirators and splinter.

Oli was cheered all throughout the gathering by a thick volley of supporters. Oli's call for mass gathering right in front of the Narayanhiti Palace Museum was being looked at with interest by all segments of society.

The mass-gathering organized by Prime Minister KP Sharma Oli's supporters saw an attendance of tens of thousands of people who had arrived from various parts of the country. Rallies taken out from 13 different points in the valley had converged into the gathering in Durbarmarg. 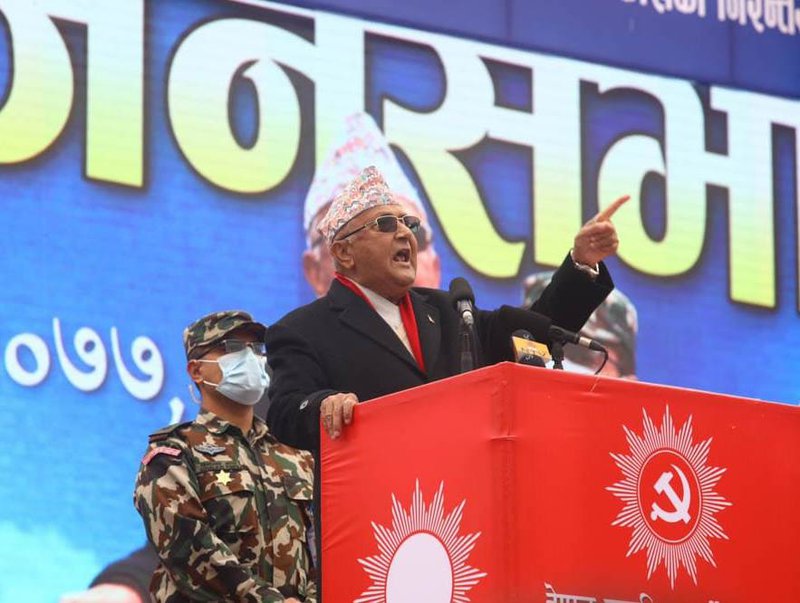 Prior preparations had been carried out to set the stage for the PM's 'show of strength' that was called in response to the Dahal-Nepal faction's protest programs in the recent past.

Home Minister Ram Bahadur Thapa announced that the third people's movement had begun. He riled the splinter group by saying that those willing to conduct a non-veg movement - a phrase coined by 'estranged' leader Pushpa Kamal Dahal - would be arrested and locked in a zoo.

Deputy Prime Minister Ishwar Pokharel cautioned the splinter faction to not take any unconstitutional steps such as threatening the Election Commission. He further said that the government would compensate those that had suffered losses in yesterday's general strike called by the Dahal-Nepal faction.

The Dahal-Nepal faction has announced a gathering of similar nature in the capital on February 10 to counter Oli's gathering. 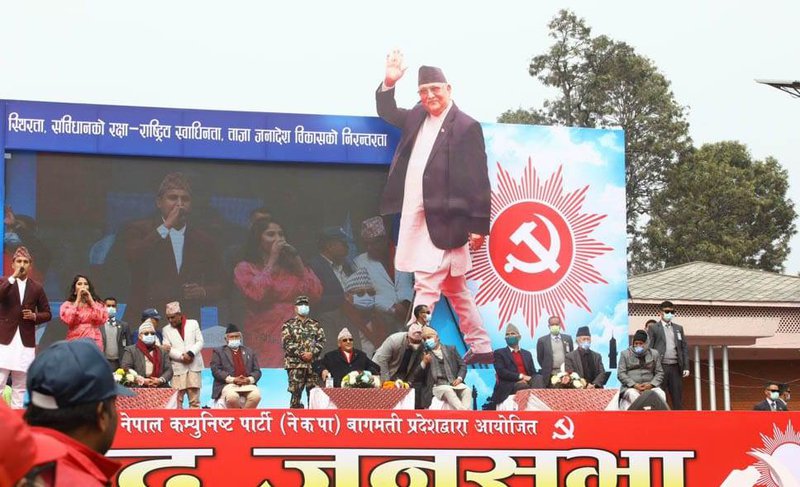 Balen Shah Leading The Race with Over 4500 Votes By NEW SPOTLIGHT ONLINE 1 day, 7 hours ago