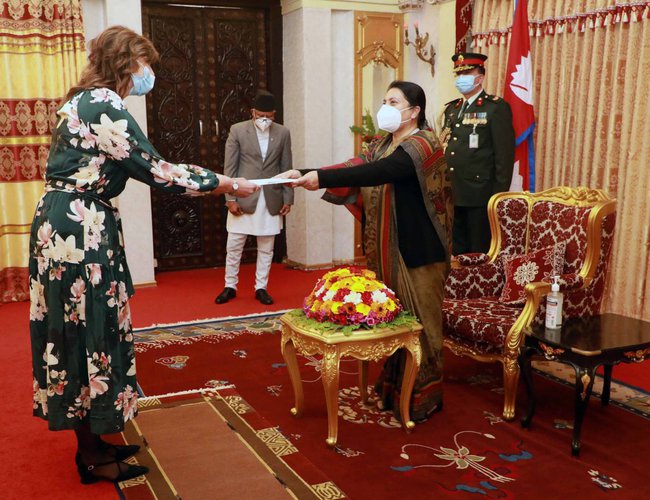 Australian Ambassador to Nepal Felicity Volk has presented her Letters of Credence as Ambassador to President Bidhya Devi Bhandari at Shital Niwas. She succeeds Pete Budd, who returned after completing his tenure in Nepal.

“On the 61st anniversary of Flag of Australia Flag of Nepal diplomatic relations, I’m honoured to have been appointed Australia’s Ambassador to Nepal and look forward to building on the great work of my predecessor, Ambassador Pete Budd, to grow our close relationship with the Government and people of Nepal,” tweeted ambassador Felicity Volk.