Having extensive knowledge of disaster mitigation, Professor Satoru Nishikawa, University of Nagoya, Disaster Mitigation Research Center (DMRC), has visited seven times in Nepal after the earthquake 2015. He is a widely respected expert on disaster reduction in Japan. He spoke to Keshab Poudel via zoom meeting. 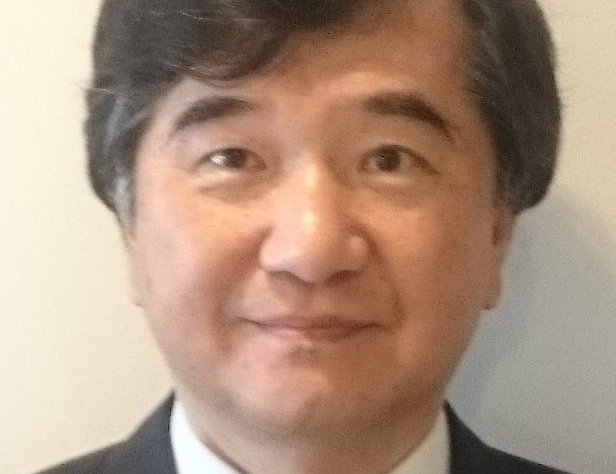 How do you see the state of natural disaster in the context of temperature rise?

Because of so-called climate change, hydro metrological events increasingly becoming dangerous. It is not only in Nepal but also here in Japan. The situation is similar to other countries as well. However, the reality is that the climate always changes over history. We know that. We need to adopt these changes. That is the reality we face. We have recently witnessed a glacier lake outburst in India. It was a tragic event and that can happen any time in similar countries.

Can we control hazards?

I want to emphasize that we cannot control the hazard but we can improve our societal conditions and reduce disasters. That is the most important thing. Many of the governmental focuses lie on the response but we have to emphasize on pre-disaster phase. Right after major disasters, we have to save lives. As usual, the rescue activities always catch the headlines of the news but actually how many lives can you save in rescue activities? It is much better to invest in prevention, mitigation and preparedness. That is what I simply believe.

How do you view the disaster?

Disaster is not only a matter of life or death as it gives a heavy blow to the economy as well. For example, the 2010 Haiti Earthquake killed a lot of lives. It took away a huge amount of the economy of Haiti It overwhelmed the annual GDP of the country. We have to realize that disaster is not only a humanitarian tragedy but we have to see the disaster as a great threat to sustainable development. Especially in the context of hydro-meteorological disasters, we need to keep in mind the land & vegetation conservation and sustainability of livelihood. If there is no proper land and water conservation, rainfall easily induces flashfloods and shiny days easily induces droughts. Afghanistan in the 1950s was green and they had a lot of vegetation but now it looks yellow and brown. It means that it has lost the vegetation and farmers fell into poverty. It invited a lot of disasters. The problem with Afghanistan is that they did not have sustainable water resources management plan.

What do you suggest for the reduction of disaster?

We have to realize that we need to reduce disasters by improving our societal conditions. We have to relieve human suffering but we have to see the disaster as a great threat to sustainable development. In terms of hydro-meteorological point of view, land and vegetation conservation, the stability of livelihood and disasters are closely linked. The root causes of confusion in Afghanistan lies in poor water resources managements and lack of land conservation. Because of the land degradation, many of the farmers abandoned their cultivation and relied on over herding of sheep and goats; this will further aggravate the land degradation. We have to cut this vicious cycle. When this happens, degradation of agricultural land in rural areas means, high influx of population to urban areas. Huge numbers of people flow to metropolitan areas. As most of the people who migrated to urban areas are poor people, they again settle in the disaster vulnerable urban fringes. They settled down at the foot of the hills and banks of the rivers. When there are disasters, they are more vulnerable as they lose life, houses and livelihood options. Living below the poverty line, the disaster pushes them into a worse situation. We have to cut this vicious cycle. Unless we decrease the economic damage from a disaster, we cannot be on the track of economic growth.

Is disaster only a humanitarian issue?

I have been emphasizing that when we deal with disaster in the long term, it is not just a humanitarian issue but is a development issue. Japan is in a very harsh position regarding disasters. We have a lot of earthquakes, floods and landslides and typhoons. We have a long history of coping with disasters. And a long historical record of all disasters. In the 7th to 8th century, a Buddhist monk was a civil engineering teacher he made earth dams for flood control and irrigation, He was highly respected. A war lord developed embankment technology in the 16th century to control floods and increase paddy production diverting the flood water in the paddy field as a cushion.

How do you explain your own experience in Japan?

In the 1940 and 50s, Japan used to lose thousands of people, every time typhoon hit. In 1947, a major typhoon hits Tokyo and eastern half of the city was inundated in the water. This had taught a lesson to the government. The result was that they built a multipurpose dam upstream. And in midstream they made flood ponds as a cushion or absorber. This time Japan faced high population growth and industrialization and urbanization. This increases the demand of water. After 1945, there was huge household demand. A disorderly land movement led to landslides and flashflood. Japan has a system of recording and learning from each disaster. Before the 1950s, there used to die over 1000-2000 people in each typhoon. However, the number of casualties have drastically declined because Japan took a more mitigative approach to prevent the loss of life. Over the years of learning from the experiences, Japan is now following from a responsive approach to a preventive approach, No matter how many blankets and tarpaulin provided after a typhoon, you cannot rescue the people who already died. That was really a point.

How about earthquakes in Japan?

We do have a lot of earthquakes in Japan. We had a big earthquake last week. However, the damages were always negligible. This is because Japan regularly revises its building codes based on the damage. After previous serious earthquake damage, major revision took place in the building code. Announcing building code alone is not enough; people and construction companies have to follow it. I am sure Nepal has a building code like India and Turkey. The reality is that how much percentage of building built according to the code. That is the problem. Japan had also faced that kind of problem in the early 1950s. During that time quality of the house in Japan was poor. I really admire our predecessors who invented the incentive scheme. You don’t need police to inspect the building construction, people themselves abide by this.

Why building code matter during the earthquake?

Constructions of seismic safety houses can save life and property of people. That is the way to risk reduction Thus, we have to made strong house. Nepal does have similar situation. Like Japan, Nepal does have a lot of earthquakes and you need to learn from Japan in implementing the building code and make your houses are safe and seismic resistant. There need to have multi-stake holder approach to deal with disaster. During the earthquake safety of houses and buildings are very important.

What other things do you suggest?

Warning systems also avoid damage and loss. If people pay attention to such a warning, there will have a very nominal casualty. The damage can be prevented by combination of public action, mutual action and self-action. We need self-help action by individuals, mutual actions from local communities and strong public action from the government. We cannot only rely on public action we need a good combination. The nationwide movement for disaster reduction action. I tried various approaches. There need to have awareness of the safety of at all level of society. Seismic engineering, local. There need various elements to ensure safety. A culture of prevention needs to prevail. Then necessary elements can fit together and they would function as part of the cycle. How to do is an elastic band and how to prevail the couture of prevention. This is what about so-called disaster risk reduction. It is not an isolated element. It needs to incorporate in health, education, transportation and urban planning. Regarding the climate change issue. It has a huge relationship with urban planning and land use planning also agriculture planning.

How important the land use to avoid disaster?

I would like to emphasis on land use issues to deal with climate change. Especially agriculture and city planning sector they have to pay real attention to flash flood, drought and landslides. Because, agriculture or new development urban area or construct the highway, you change the geography, you have to pay attention on it. You have to see whether such action will reduce or increase the future risk. Japanese experience says disaster risk reduction is a process of enlargement of participants. There are so many lessons on building construction in the rural areas. JICA introduced training for mason and building instructor in Nepal to make earthquake safety building.

How do you see the culture of safety?

I would like to emphasize the need to have culture of safety. It is a key factor to reduce the risk from disaster is the culture of safety. There are many monuments in Japan to remind the disasters and its effect. Our ancestors left this moment showing that don’t forget the tragedy they faced. In Nepal too, you have similar monuments in Bhugoal Park in Kathmandu. I learnt that the monument show how difficult was it to reconstruct Kathmandu after 1934 earthquake. However, people do not pay attention to these. If you can draw the attention of people saying very important cultural heritage, I am sure that it will raise awareness among people. We have to make a public cycle. There are ideas and science and technology for disaster reduction. There is high return in the investment in risk reduction. By investing in risk reduction, we can reduce the number of disasters.

How do you see the awareness level of people on environment?

Fifty years ago, only a few people concerned about environmental issues. Now people all over the world are concerned about the climate change and environmental issues like plastic waste etc. We have to encourage people to do the same to disasters as well, especially the countries like Japan, Nepal, India, Philippines and Indonesia as those countries are in harsh condition regarding the disasters. There is a famous proverb by a Japanese scientist who investigated the Japan’s great earthquake of 1923, he said that natural disasters will hit us by the time people have forgotten about it. This has shown a way the importance of disaster. There need to have people’s awareness.