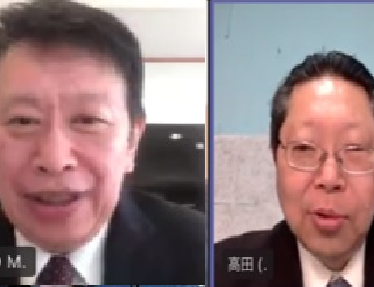 Saigo Masamichi, Ambassador of Japan to Nepal, handed a certificate of appointment to Mr. TAKADA who was designated as “Japanese Cuisine Goodwill Ambassador” by Japan’s Ministry of Agriculture, Forestry and Fisheries (MAFF) in January 2021.

TAKADA established "Maharjan International" in Kathmandu in 2012 as a company specialized in Japanese sake and food, imports and retails a wide range of Japanese sake and food to both Nepalese people and foreigners in Nepal. He makes valuable contributions for the Japanese culinary experiences in this country.

The Ministry was encouraged to promote food and Japan’s dietary culture after UNESCO listed “WASHOKU” (Japanese food) as an Intangible Cultural Heritage.

As Goodwill Ambassador, TAKADA is expected to assist the MAFF in promoting Japanese food and dietary culture and provide advice on the same abroad.

EP DELEGATION Visit For Cause By A Correspondent 1 day, 8 hours ago