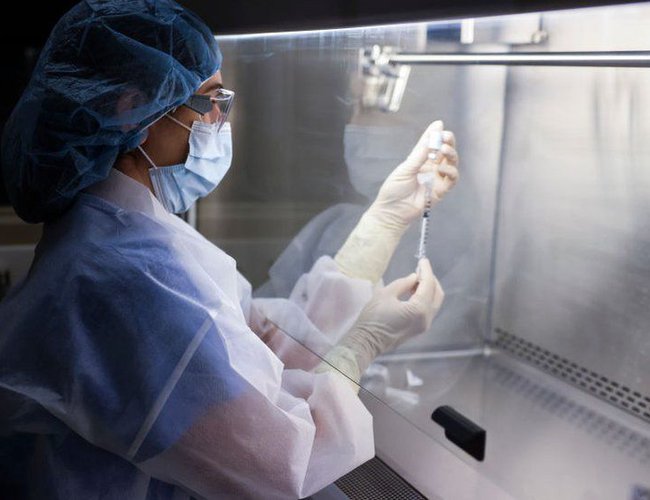 A Johnson & Johnson executive on Tuesday said the company expected to ship nearly 4 million doses of the vaccine once it gained authorization.

The additional vaccine will help President Joe Biden’s administration in its goal of ramping up vaccination across the country as it seeks to control the pandemic that has cost more than 500,000 lives in the United States and pummeled the economy.

Zients described J&J’s manufacturing as being behind schedule when the new president took over from former President Donald Trump.

“It was disappointing when we arrived. I think the progress is real and we look forward to continuing to work with the company to accelerate ... their delivery and their capacity,” Zients told a briefing.

The FDA said on Wednesday that the Johnson & Johnson one-dose vaccine appeared safe and effective in trials, paving the way for its approval for emergency use as soon as this week.

The company has a contract to deliver 100 million doses to the United States by the end of June. Zients said the administration was working to accelerate that timeline.

The Biden administration told governors this week that it would allocate about 2 million doses of the first J&J distribution to states. The remainder will go to federal distribution programs, like the federal pharmacy and community health center programs, Zients said.

Zients told reporters that the government had caught up from a backlog of vaccine distribution caused by the winter storm that hit Texas last week.

Administration officials also shared statistics showing that COVID-19 cases, hospitalizations and deaths in the United States were trending down, though the administration is urging Americans to continue to wear masks and practice social distancing.

Dr. Rochelle Walensky, director of the Centers for Disease Control and Prevention, said daily U.S. cases in the past week declined to approximately 64,000.

Dr. Anthony Fauci, who serves as director of the National Institute of Allergy and Infectious Diseases as well as chief medical advisor to Biden, said the NIH had launched a new initiative to study long term effects of COVID-19 and related disorders.

The White House also announced on Wednesday that it would deliver millions of masks next month to food banks and community health centers to ensure less well-off communities were getting access to a key tool to prevent the spread of COVID-19. Zients said that effort would cost $86 million.