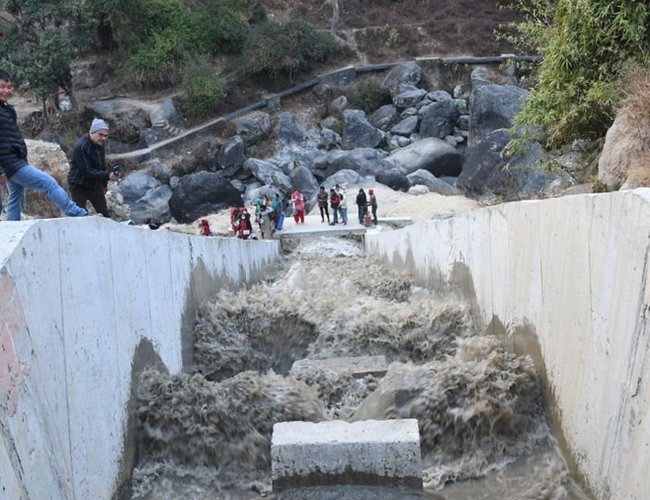 The water of the Melamchi river has finally reached Kathmandu today. Prime Minister K.P. Sharma Oli has switched on diverting the water to flush channel to Bagmati river amid a function to Sundarijal.

Conceived by the former Prime minister and leader of Nepali Congress Krishna Prasad Bhattarai in 1990, the Melamchi Drinking water project has gone through several ups and downs.

During his second tenure in 1998, Prime Minister Bhattarai had finally sent a request to Asian Development Bank to invest in the project. 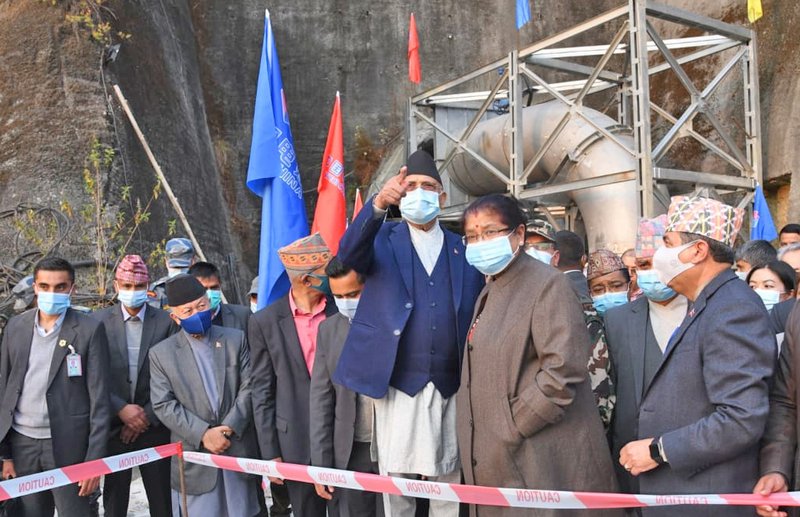 Following diverting the water to the Bagmati river through a flushing channel, Prime Minister K.P. Sharma Oli said that today is the historic day. The project was conceived when my hair was black and now the hair is white. Whatever the situation, we are able to bring the water from the Melamchi river. I would like to thank all the people from Melmchi and Helambu for agreeing to send us water,” said PM Oli.

Secretary at Ministry of Water Supply Madhav Belbase said that this is a historic breakthrough. He thanked all concerned officials, technicians, contractors for making the project a success. The water has been released in the tunnel for trial since February 22.

Construction of the tunnel was completed last year, and it was tested in the month of July after completion. However, an incident took place after the water flow broke the sluice gate on the tunnel in the course of the trial due to technical error. The Board has carried out the test of the tunnel again after correcting the mistake.

Water would be supplied through the distribution network system of Kathmandu valley within the next month under the Melamchi Drinking Water Supply Project if no technical glitches occur while conducting the tunnel test.