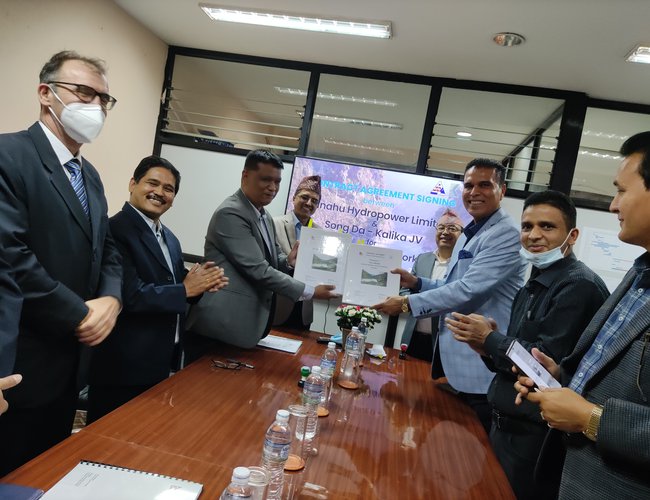 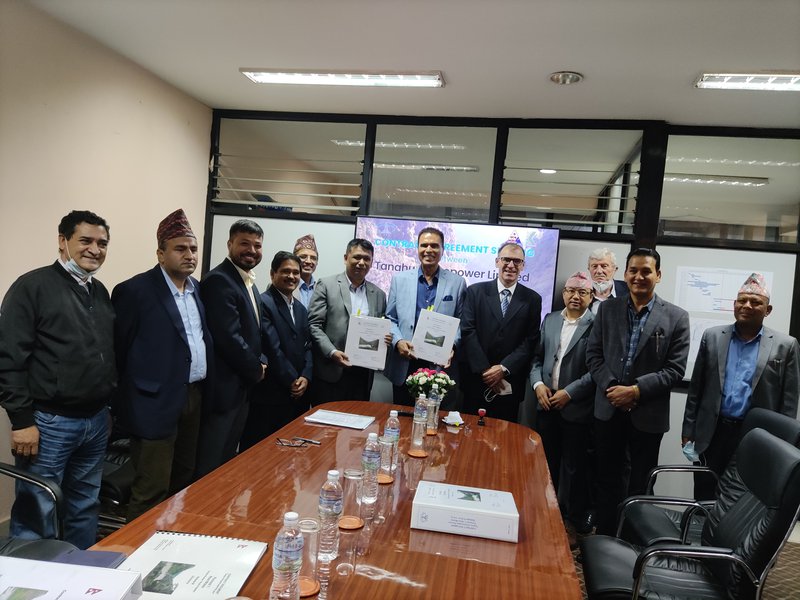 Pradeep Kumar Thike, Managing Director of THL, and representative of the JV Bikram Pandey signed the agreement. The amount of the contract agreement is Rs.16. 62 billion excluding VAT.

MD Thike said that the construction work will complete within 57 months of the execution of the agreement.

Tanahu Hydropower Limited — the developer of the Tanahu Hydropower Project — has terminated the contract signed with Cooperativa Muratori e Cementisti di Ravenna (CMC), the Italian contractor appointed to execute one of the components of the power plant.

THL published the first tender notice on 25 April 2019. Following the evaluation, all the tenders were canceled and the re-tender was republished on 28 February 2020.

After the upsurge of COVID-19 Pandemic's subsequent announcement of lockdowns and restriction on international flights, the date for tender extended several times.

The contractor company Syno Hydro has already been completed the construction of the Cable Tunnel and currently, it is working on an under-ground powerhouse, a tunnel for search tank access and an access tunnel to the dam site. 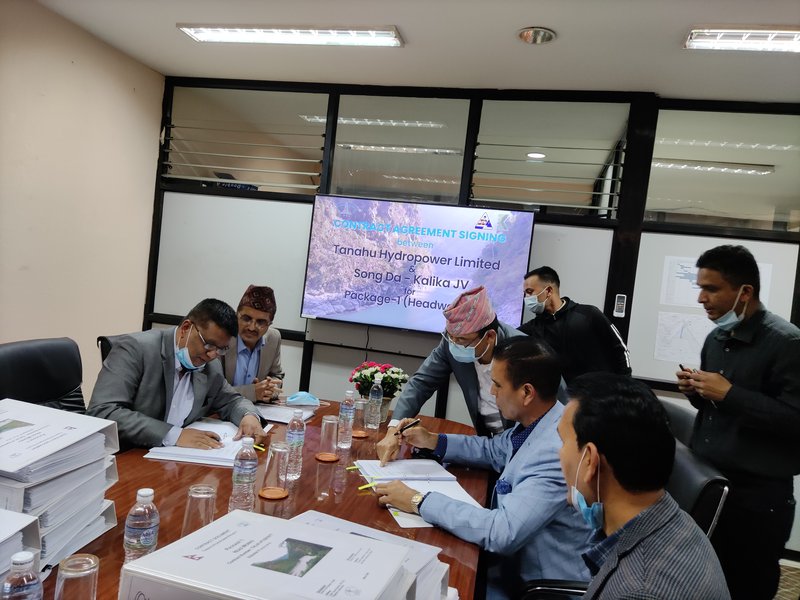 Germany Decides To Continue With The Bilateral Development Cooperation With Nepal Beyond 2023 By NEW SPOTLIGHT ONLINE 7 hours, 3 minutes ago