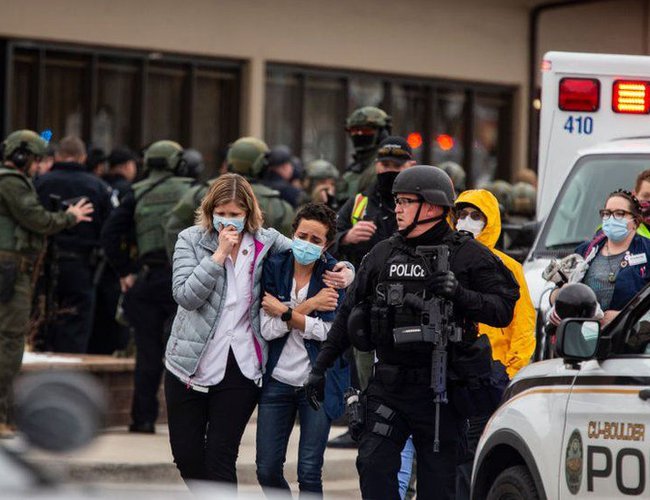 A gunman has killed 10 people, including a police officer, following an hours-long stand-off at a grocery market in the US state of Colorado.

The attack in Boulder ended with police detaining an injured suspect at the King Soopers market.

The shooting was live-streamed by witnesses and broadcast on YouTube.

Among the dead was 51-year-old Eric Talley, who was the first police officer to respond to the shooting.

"This is a tragedy and a nightmare for Boulder County," the area's district attorney, Michael Dougherty, said.

"These were people going about their day, doing their shopping. I promise the victims and the people of the state of Colorado that we will secure justice."

No other details have been released about the nine other victims or a motive for the attack.

The grocery store is located in a busy shopping plaza in Boulder, a north-central Colorado city about 30 miles (50km) away from the state capital of Denver.

The supermarket attack comes less than a week after a mass shooting that left eight dead, including six Asian women, at three spas in Atlanta.

The incident began at about 14:30 local time (20:30 GMT) on Monday when the suspect entered the supermarket and began firing.

Shoppers and employees of the store said they had to dive for cover or run to safety as the shooting unfolded.

Some of the stand-off was captured on camera by a passer-by, showing victims near the grocery store.