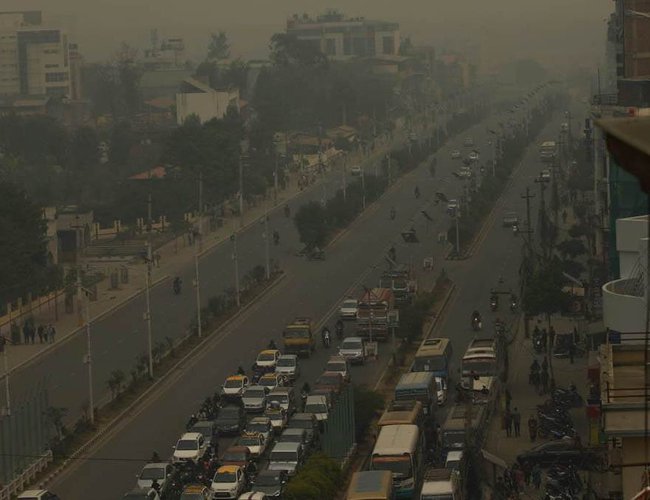 Health Experts urges citizens of the valley not to expose outside air and requested to use a face mask and eyeglass.

Information officer at the department Shankar Prasad Poudel said that a significant increase in air pollution due to the dry atmospheric environment.

He has urged everyone to stay alert and opt for all the health safety standards as the air pollution level across the nation is rising daily.

The air pollution in Bhainsepati, Kritipur, Bhaktapur, Sauraha, and Simara among others has reached a hazardous level, said the department.

The air pollution in the Bhainsepati area of Kathmandu has now spiked to 368 AQI micrograms per meter cube at 7 AM on Sunday. This is the world’s highest level of air pollution.

The pollution level has also increased in Nepalgunj, Dang, Janakpur, Jumla, and Rara areas. The air services have been halted on Friday due to the fog created by the pollution. According to Department, the AQI of Simara is 385, Bhaseati 316 and Bhaktapur 271.

According to WHO standards, the over 301 AQI is regarded as the most hazardous. Nepal government’s standard also marks the air quality above 300 AQI is hazardous to health.