Biden Unveils 'Once In A Generation' Spending Plan

Biden Unveils 'Once In A Generation' Spending Plan 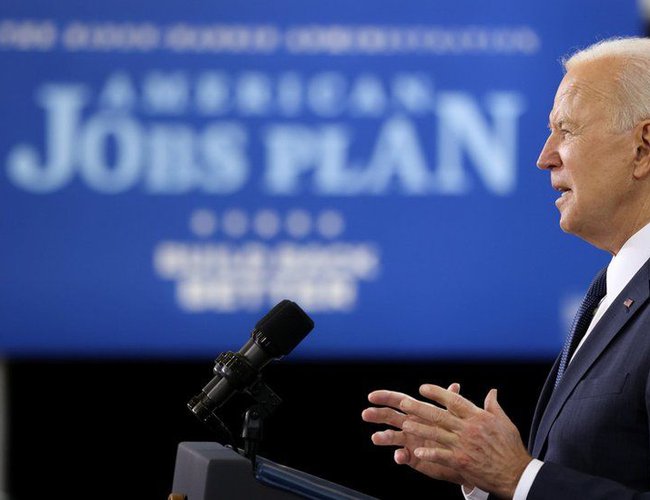 US President Joe Biden has called for trillions in spending aimed at re-igniting America's economic growth by upgrading its crumbling infrastructure and tackling climate change.

The $2.3tn (£1.7tn) proposal would direct billions to initiatives such as charging stations for electric vehicles and eliminating lead water pipes.

The spending would be partially offset by raising taxes on businesses.

Republicans have called the rises "a recipe for stagnation and decline", while powerful business lobby groups including the Business Round table and Chamber of Commerce said they supported investments but would oppose tax increases.

The push back is a sign of the tough fight ahead for the plan, which needs approval from Congress.

The White House has promoted its proposal as the most ambitious public spending in decades, saying the investments are necessary to keep the US economy growing and competitive with other countries, especially China.

"This is not a plan that tinkers around the edges," Mr Biden said in a speech in Pittsburgh, Pennsylvania on Wednesday. "It's a once in a generation investment in America."

It calls for investing more than $600 bn in infrastructure, including modernising roads, replacing rail cars and buses and repairing crumbling bridges.

It calls for money to be directed to rural communities and communities of colour, including establishing a national climate-focused laboratory affiliated with an historically black university.