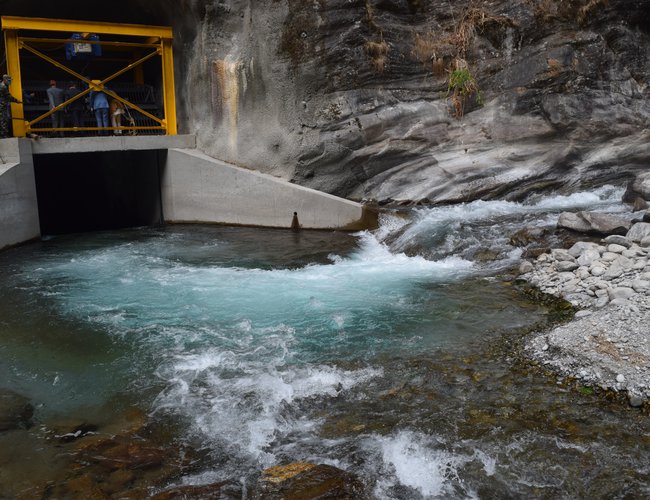 The Government of Japan is pleased with the successful completion of the Melamchi Water Supply Project, the national pride project of Nepalthat will distribute safe drinking water to the residents of Kathmandu Valley.The completion ceremony of the Projectwas held inKathmanduon April2nd, with the gracious presence of Rt. Hon. President Mrs. Bhandari.

The Water Treatment Plant (WTP) in Sundarijal is a crucial component of the overall project and it was funded by Japan.Japan provided loan assistance of around 5,494 million Japanese Yen (equivalent to NPR 5,806 million) for the construction of the plant. The Government of Japan signed an E/N on this loan with the Government of Nepal in March, 2001 and the construction was completed in December, 2017.

The Plant has the capacity to purify 85 million liters per day, which make clean water forKathmandu residents to become free from keeping water at tanks at their homes, or fetching water from the communal wells when they need.

The Embassy of Japan in Nepal hopes the clean water from the Melamchi River will contribute to better health, improving daily lives and upgrading the standards of living of Kathmanduites. We hope that the successful completion of the project will further strengthen the relationship between Japan and Nepal, and the friendship of people in the two countries.