Helicopter Used To Drop Water On Wildfire In Shivapauri

Helicopter Used To Drop Water On Wildfire In Shivapauri 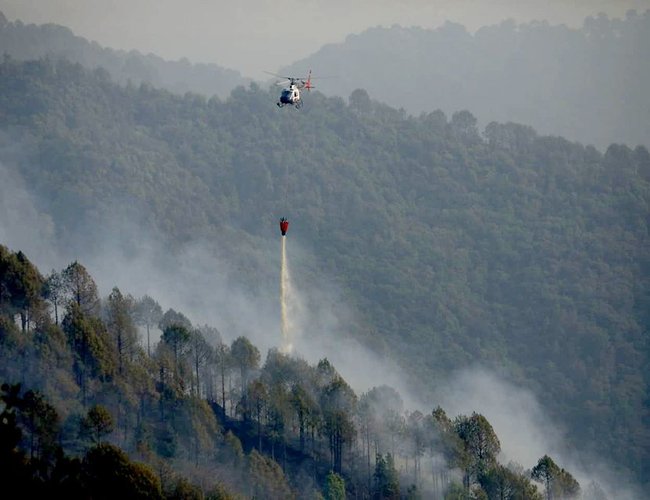 The personnel of the Nepali Army, Armed Police Force, Nepal Police and the locals have been taking step to douse the wildfire.

According daily, the chopper of the Simrik Airlines is being used to pour water on the forest fire to douse it, according to the Police Range at Budhanilakantha, and that three fire engines have already reached the incident site. So far, the forest fire has covered an area of 400 meter radius.

Over 93 Percent Results Of Local Poll Announced, Balen and Chiribabu Leading In Kathmandu And Lalitpur Respectively By Agencies 2 hours, 48 minutes ago

Only 10 Percent Of Results Remains In Local Level Polls By Agencies 1 day, 2 hours ago

Balen Shah Leading The Race with Over 4500 Votes By NEW SPOTLIGHT ONLINE 5 days, 2 hours ago