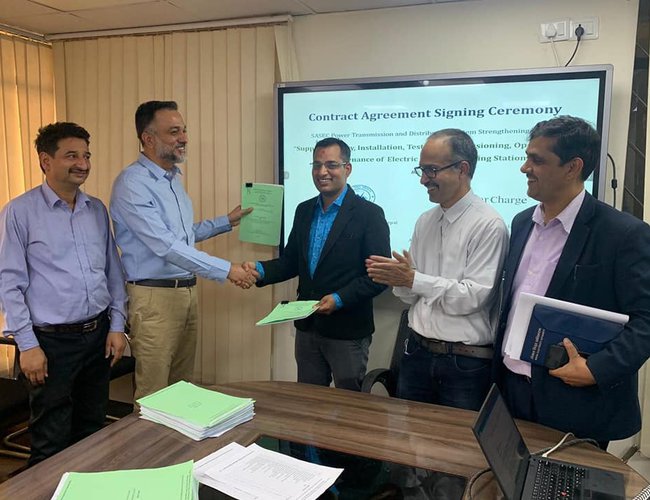 “The contractor company will take care of the maintenance of the charging stations for the next five years once they come into operation,” said NEA Spokesperson Madan Timsina.

With the capacity of 142 KW, the contractor will install 50 kVA transformers for power supply and online billing system in each charging station.

According to a press release issued by NEA, the charging station will have 60/60 kW DC and 22 kW AC chargers for fast charging. From this, three vehicles including a big bus can be charged simultaneously.

The charging station software will be kept in the data center of NEA to serve more than 300 chargers. All 50 stations will be controlled from Kathmandu. After charging the vehicle, the customer will be able to pay the bill through a QR code and mobile app.

The software will be installed at Data Center built in NEA to provide more than 300 chargers. Fifty stations will be controlled from Kathmandu. Following charging the vehicle, customers can be paid money using QR Code and mobile app.

Similarly, there will be seven stations in province 2 and 13 stations and Bagmati. Gandaki provinces’ will have 6 charging stations followed by 8 in Lumbini, 1 in Karnali and 2 in Sudurpaschim.

Bangladesh Is Ready To Buy Electricity Generated In Nepal: Ambassador Chowdhury By Agencies 1 day, 19 hours ago