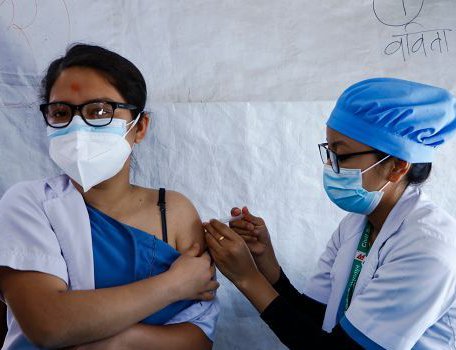 The government has begun the administration of the second dose of the COVID-19 vaccine from today.

The recipients of the first dose of the vaccine are being administered the second dose from Tuesday to April 24.

As many as 429,705 front-liners that include healthcare workers, sanitation workers, government workers and staff of diplomatic missions, public corporation workers, bank workers and journalists had received the first dose of the vaccination.

According to Ministry of Health and Population, the second-dose vaccination drive is targeted at those who had received the first dose during a period between Magh 14- Fagun 10 (January 27 to February 22), Dr Jhalak Sharma Gautam, chief of Child Health and Vaccination Section, Department of Health Services.

The receivers of first-dose of 'covishield' can visit the vaccination centers accessible for them from Baisakh 7-11 (April 20 to 24) to take the second dose. The government had administered the covishield obtained from the Government of India on grants. 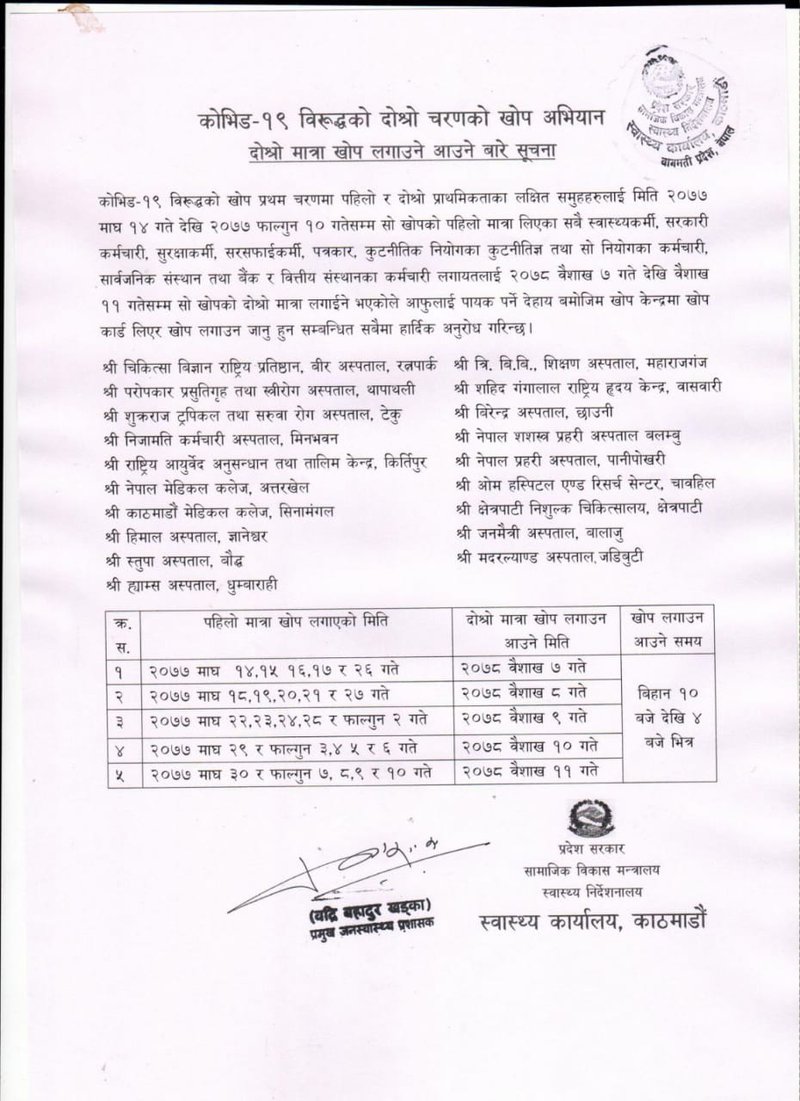 The Ministry of Health and Population has set up vaccination centers at different hospitals in the Kathmandu Valley. Some 1.8 million people had received the first dose.

The ''Vero Cell'' the anti-coronavirus vaccine manufactured by China was administered to 123 thousands population. According to Ministry, people of 40-59 age group from Kathmandu, Bhaktapur, Lalitpur, Rasuwa, Nuwakot, Kavrepalanchowk and Sindhupalchowk received the vaccine during the campaign from Chait 25- Baisakh 5 ( April 7- 17).

''Vero Cell'' will be made available for the population after the completion of the second-phase drive.