UPPER TAMAKOSHI Get Set To Go

Completing a mega-project like 456MW Upper Tamakoshi is technically a challenging and complicated feat. High risk and need to consider safety factors are involved in every step. With that side by side, Upper Tamakoshi is moving closer to completion. As Nepal starts it journey to new year 2078 BS, 456MW Upper Tamakoshi, another mega-project after Melamchi, is preparing its testing and commissioning of tunnels and other infrastructure. For non-technical persons, the lengthy process followed by the project looks like time consuming. Following successfully testing of head-works, including dam site and de-silting, the team of Upper Tamakoshi under the leadership of Chief Executive Officer Bigyan Prasad Shrestha is now planning to start the final testing from April 24. 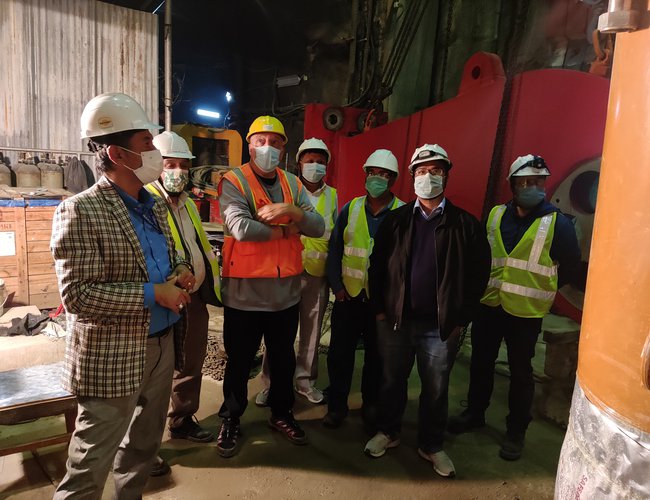 In the presence of Managing Director of Nepal Electricity Authority (NEA) and Chairman of Upper Tamakoshi Hydropower Limited Hitendra Dev Shakya, all the agencies involved in the project, including contractors and consultants, agreed to start final testing and commissioning of the tunnel and electro-mechanical instruments from April 24.

Pressured by the inauguration of Melamchi Drinking Water Project, the first national priority project to complete, Upper Tamakoshi is expected to begin production in mid May, making Nepal a power surplus country capable of exporting electricity.

Tamakoshi is the largest hydroelectric project in Nepal. It is located in the Dolakha District, 197 km east of the capital Kathmandu. The project was conceived as a peaking run-of-river project with an 822 m gross head, a design discharge of 66 m3/s and an installed capacity of 456 MW.

Located at the Tamakoshi river, construction work on the 456 megawatt project began in 2012.

“We still have to go to most critical parts of the project taking all safety protocol. There are the finishing touches like commissioning and testing the project to be done,” said Bigyan Prasad Shrestha, chief executive officer of the project. “ All these are technically most difficult and risky works.” 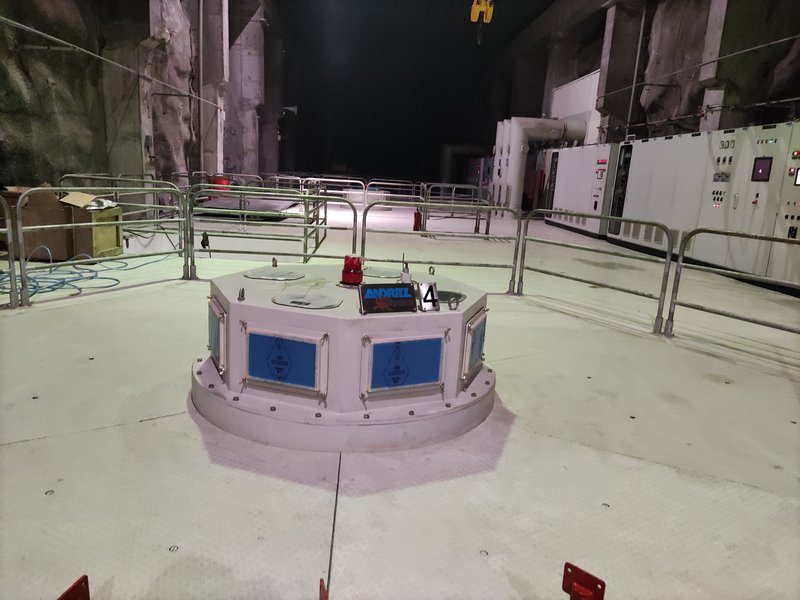 Shrestha said that following the riskiest and most challenging work of commissioning and testing, the plant was expected to come into operation by mid-May. He said that the Covid-19 pandemic pushed back its operation deadline.

Initially, the project had aimed to start generating electricity by mid-November 2019, but the deadline had to be pushed back due to the poor work executed by the hydro-mechanical contractor, Texamo Railway Engineering. The installation of the penstock pipes had been slated for 2015.

Managing Director of Nepal Electricity Authority (NEA) and Chairman of Upper Tamakoshi Hydropower Limited Shakya, who had recently visited the site, said that the first unit will start generating electricity by mid-May this year.

“Despite facing various problems such as earthquakes, floods and landslides, the project is now back in right point where it can start generating electricity. This is possible due to continuous efforts. The remaining work should be done in parallel to generate electricity ahead of schedule,” said Shakya. “The entire construction should be completed within the current fiscal year and 456 MW of electricity should be generated.”

Despite facing several hurdles and difficulties, Upper Tamakoshi is now at the final stage of planning to divert water to the tunnel and penstock. Constructed under domestic investment, the work is now going on in a fast pace.

Managing Director of Nepal Electricity Authority (NEA) and Chairman of Upper Tamakoshi Hydropower Limited Shakya inspected the construction site and discussed with the project officials, consultants and all the three contractors about the schedule for filling the tunnel. 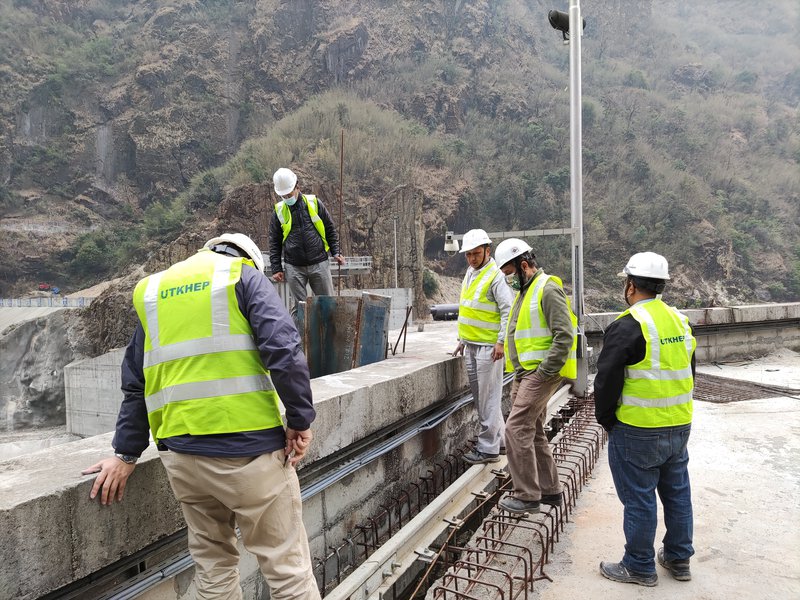 Meeting jointly with contractors and consultant at project site, Shakya directed all concerned to prepare for testing and commissioning of structure as soon as possible completing the remaining work.

After the joint meeting headed by MD Shakya, all concerned, including project office, decided to complete all work by April 23. According to the working plan, from April 24, the project will start testing tunnel and penstock diverting small amount of water from head works. If things go smoothly, the technical testing will complete between 7 and 9 days.

Currently the work is taking place in dam, tunnel, transmission line, substations and other remaining minor works in civil and mechanical site.

Lot 2 hydro mechanical contractor company has committed to complete the welding and painting work at the joint of the pipe within April 19, 2021.

At present only some of the gates on the hydro mechanical side and some concreting work related to penstock pipes are left.

With the completion of the remaining minor work, the project has planned to conduct technical testing of sensitive structures such as penstocks, main tunnels, surge shafts, surge tunnels, penstock pipes and gates, manholes and valves from mid-April this year.

The technical testing of hydro mechanical equipment such as dams, intakes and civil structures, including gates, has been successfully completed.

“Following successful completion of water testing in civil and hydro mechanical structures, the water collected in the main tunnel and penstock will be used for testing and commissioning of six turbines and generators connected to the underground power house,” said MD Shakya. 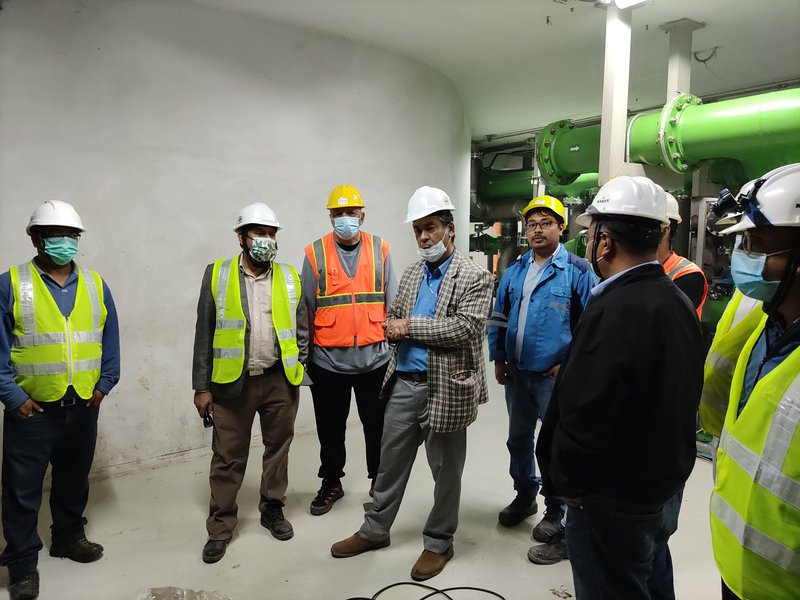 The project has six units of 76 MW each. After generating electricity from the first unit, electricity will be generated from the remaining units gradually, Shakya said. According to Shrestha, Chief Executive Officer of the project, the commissioning and testing will be done considering all the safety measures.

“The country’s largest project, currently being built with domestic investment, has been hit by a major natural disaster and the global COVID-19 pandemic, which has reached the stage of power generation. It is a matter of happiness for all,” he said.

For the chief executive Bigyan Prasad Shrestha, who has been quietly leading the most talented team, this is the most cautious and careful moment. Leading the Upper Tamakoshi Hydropower Company Ltd for last ten years facing all difficult and frustrating time, CEO Shrestha, with full assurance and support from all concerned agencies including NEA, is waiting to see the final commissioning of the project. This will be the new year gift for all.

This is the first largest but second project constructed by Nepali engineers and Nepali investment. The majority stakeholders in the project are government agencies-- NEA, NTC, Citizen Investment Trust and Rastriya Beema Samsthan while the general public and residents of Dolakha District will also have stakes.

Employees and contributors in the Employees Provident Fund (EPF), NEA & Company staff and staff of financial institutions providing loans will also have their shares. Citizens Investment Trust, EPF, CIT and RBS are the lending institutions.

In 1985 the Japan International Co-operation Agency (JICA); while preparing a Master plan of the Koshi Basin Water Resources Development, had identified a ‘TA-6’ project close to the existing project site of the Upper Tamakoshi Hydroelectric Project. During a study of the Himalayan region in 1999, an Austrian, Christian Ulhar carried out pre-feasibility studies and concluded that the project would have an installed capacity of 120 MW. Because of the competitively low project cost and its overall attractiveness, NEA conducted the first stage detailed feasibility study in 2001 mobilizing their own physical, financial and human resources.

This study showed that the new feature of the project, when installed, would have a capacity of 250 MW and an annual average energy generation of 1570 GWh, at a cost of US$ 1100 per KW. During the study, they completed a detailed engineering design of a 28.5 km long access road and seven different bridges. The study was completed in 2003. 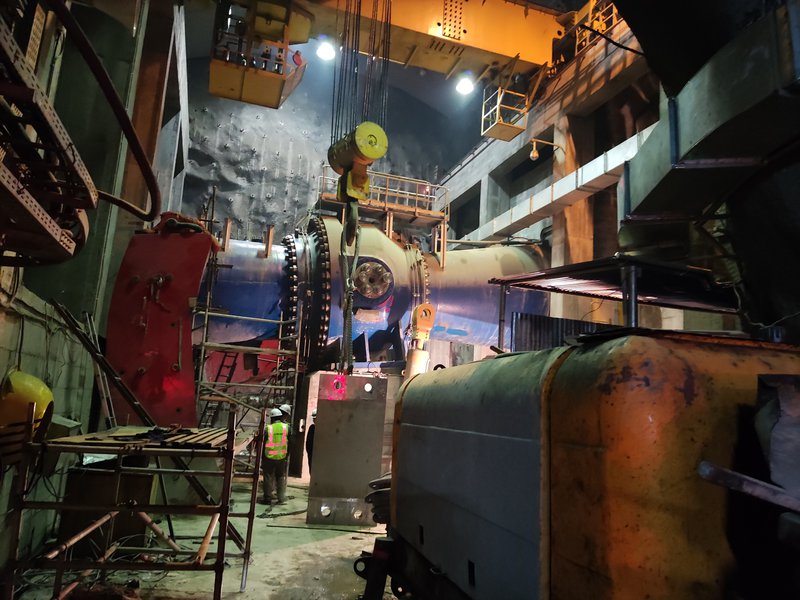 With the financial and environmental attractiveness of the project, it was recommended for the second phase of the Detailed Feasibility study, as per international standards. Accordingly, with financial assistance from the Government of Norway, the Norwegian consultant Norconsult AS completed a Bankable Detailed Design Feasibility Study in May 2005. This study presents the installed capacity of the project at 309 MW, with an annual average generation of 1737 GWh of energy.

Nepal Electricity Authority (NEA) established an autonomous company named Upper Tamakoshi Hydropower Limited (UTKHPL) in March 2007 (2063/11/25 B.S.) as an executing agency for the implementation of the Project. There are six full time and two invitee members in the Board of Directors (BoD) at present. Out of six full time members, four members from NEA, one from Employees Provident Fund (EPF) and one from Nepal Telecom (NTC) are in the BoD.

Similarly, representatives of Citizen Investment Trust (CIT) and Rastriya Beema Sansthan (RBS) are also in the BoD as invitee members. The majority share (51%) of the Company is held by four public entities, namely, Nepal Electricity Authority (NEA), Nepal Telecom (NTC), Citizen Investment Trust (CIT) and Rastriya Beema Sansthan (RBS). NEA has 41% stake, NTC has 6% and CIT & RBS each has 2% stake in the Company. Similarly, general public and residents of Dolakha District will have 15% and 10% share respectively. The remaining 24% share will be taken over by contributors in Employees Provident Fund (EPF), NEA & Company’s staffs and staffs of financial institutions providing loans. The Upper Tamakoshi Hydroelectric Project is the national priority project and when it is completed, it will be the largest hydroelectric plant in Nepal. The Project is entirely financed from the domestic financial institutions and companies. The Company has planned to develop hydropower projects in Tamakoshi River basin as below: 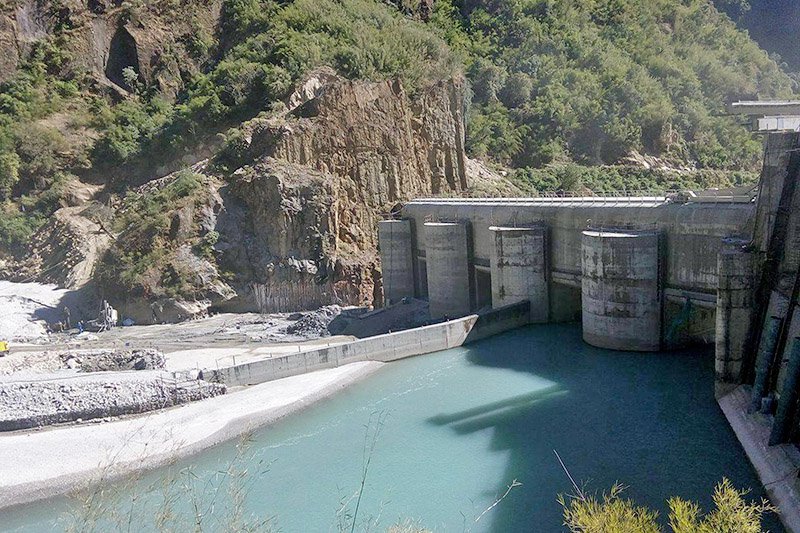 Indian Oil To Supply NOC Fuel From Barauni By Agencies 10 hours, 50 minutes ago

BIO-GAS : Three In One By Keshab Poudel 1 day, 8 hours ago

Private Sector And Government Need To Work Together: Dhakal By Agencies 1 day, 10 hours ago