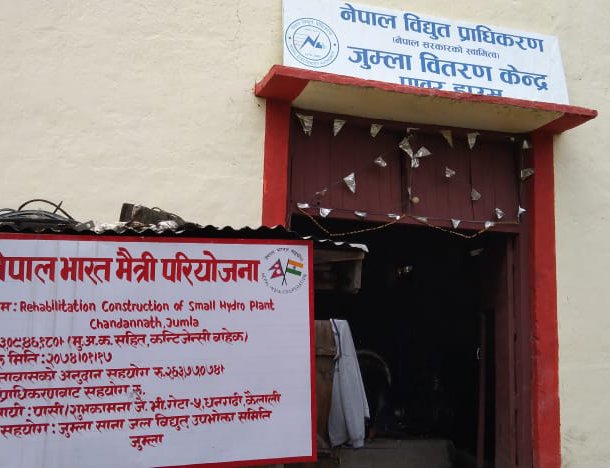 Constructed with the Government of India’s financial assistance of NRs. 26.39 Million, was virtually inaugurated by Chairman of District Coordination Committee Jumla and Nepal Electricity Authority, Jumla.

The Small Hydro Power Power Plant at Chandannath Municipality in Jumla District was built in 1983 by Nepal Electricity Authority with a power production capacity of 200 KW. The Power Plant was damaged due to natural calamity. 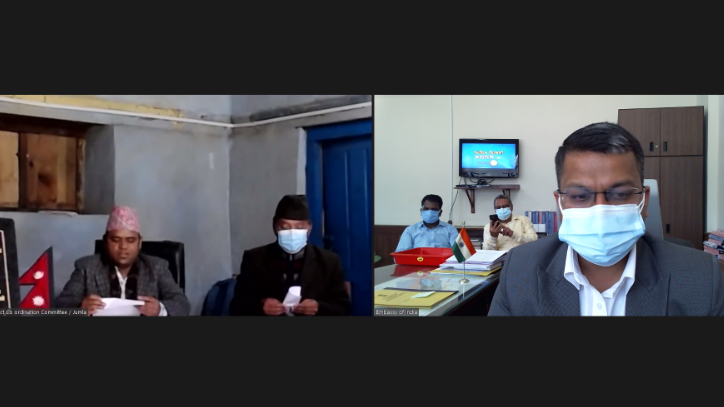 At the request of the user committee, local people & DCC, Jumla, the Government of India extended financial support for the rehabilitation of the Small Hydro Power Plant in Jumla District. The Government of India grant, under ‘Nepal-Bharat Development Cooperation’, was utilized for construction of Reservoir Tank & Rehabilitation of Small Hydro Power Plant. The Power Plant would benefit approximately 20,000 people of Chandannath Municipality in Jumla District.

India has already completed 450 HICDPs in Nepal, of which 10 are in Province 6, including 2 in Jumla District. 4 Government of India funded projects are under various stages of completion/implementation in Province-6. In addition to the above, the Embassy of India has gifted 5 ambulances to various health posts, NGOs in Jumla District.

This Small hydropower plant would contribute to meet the needs of regions where there is no major technological development and they are able to improve the population's quality of life with the creation of jobs, increase the local economy, and enhancement of the region.