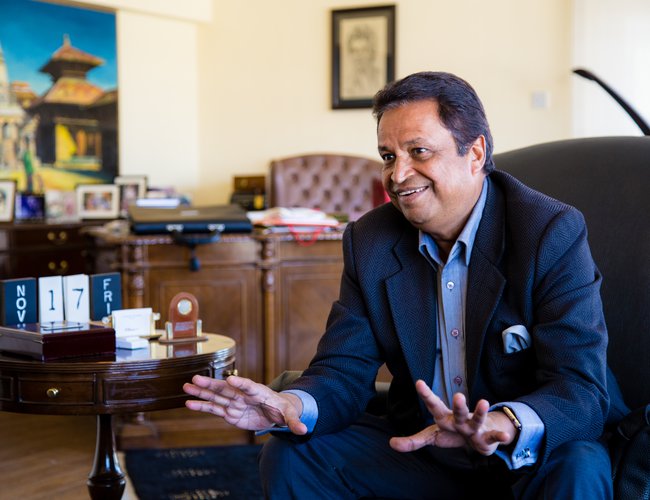 With an aim to make Nepal’s health system efficient to deal with pandemics, the Chaudhary Foundation has announced that it will support adding an 18-bed ICU ward and an oxygen plant at Nepal’s oldest Bir Hospital Kathmandu. The foundation said that this will contribute to easing the pressure of the second wave of COVID-19 and addressing future challenges.

Similarly, the Foundation has also announced that it will support to the construction of oxygen plants hospitals in Dhangarhi and Surkhet Municipality.

According to a press release issued by the Foundation, this initiative will help to improve the health system in Nepal and supply of oxygens in the time of health crisis.

With the capacity to produce fifty cubic liters per hour, these plants will fill 150 cylinders of oxygen with a capability of 40 liters a day.

The Chaudhary Foundation has said that it will support local municipalities to construct the oxygen plants and import equipment.

Binod Chaudhary, President of the Chaudhary Foundation and a member of the House of Representatives, said that the COVID-19 epidemic has affected the livelihood and health of the people. He said that the foundation has taken the initiative to save the life of people.

Finance Ministry Cut The Budget Of Purchasing Newspapers And Printing Under its Austerity Measures By Agencies 4 days, 6 hours ago