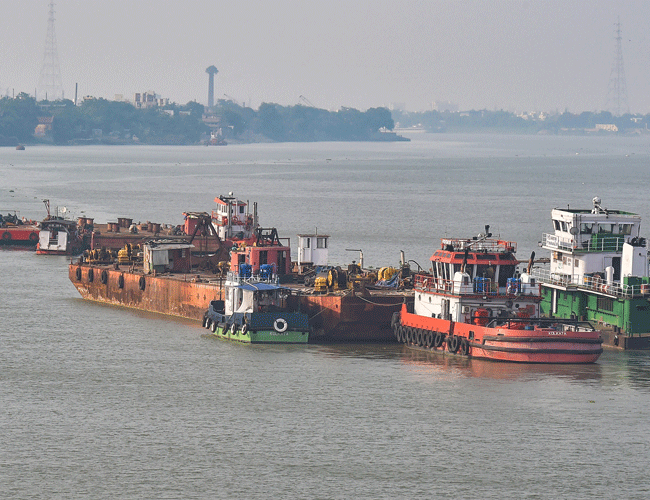 Cyclone Yaas is tipped to cross land between Balasore in Odisha and Digha in Bengal between forenoon and evening on Wednesday, a Met official in Delhi said on Sunday.

Calcutta is around 170km from Digha and around 250km from Balasore. Cyclone Amphan, which had brushed the city on May 20 last year causing extreme devastations, had made landfall at Sagar Islands in South 24-Parganas, around 100km away.

Yaas is tipped to unleash high-speed winds and heavy rainfall in Calcutta on May 26.

“As of now, the trajectory suggests the storm will cross land between Balasore and Digha,” the India Meteorology Department official in Delhi told The Telegraph on Sunday evening.

His projection was based on the current trajectory of the system, which had intensified into a deep depression on Sunday. The system took shape as a low-pressure area on Saturday and was tipped to intensify into a cyclone by Monday and a very severe cyclone when it nears land on Wednesday.

The Met official cautioned that cyclones in the past deviated from the projected path. Amphan, for example, had been moving north-northwest at the beginning. But it did not travel in a straight path. In the middle of its journey, it started to re-curve and travel in a north-northeast direction towards the Bengal and Bangladesh coasts.

The system that would turn into Cyclone Yaas was also moving in a north-northwest direction. On Sunday afternoon, it was a deep depression positioned 670km from Digha and 690km from Balasore, said a bulletin issued by IMD Calcutta.

“It is very likely to move north-northwestwards and intensify into a cyclonic storm by May 24 morning and further into a very severe cyclonic storm during the subsequent 24 hours. It would continue to move north-northwestwards and reach northwest Bay of Bengal near West Bengal and north Odisha coasts by May 26 morning. It is very likely to cross north Odisha-West Bengal between Paradip and Sagar Islands by evening of May 26 as a very severe cyclonic storm,” said Sanjib Bandyopadhyay, deputy director general, India Meteorological Department, Calcutta.

The coastal districts of Bengal will start getting rain from May 25. “Extremely heavy rainfall” is likely in East Midnapore, North and South 24-Parganas, Howrah, Hooghly and Calcutta on May 26.

The storm is likely to generate wind speeds of 155-165kmph at the time of landfall, said a Met official.

The coastal areas will see winds blowing at 40-50kmph from May 24 evening. The wind speed will gradually increase as the storm approaches land. From Wednesday forenoon, the wind speed is tipped to surpass 100kmph.

Once the system turns into a cyclonic storm, it will have a diameter of “at least 500km,” said the official. Amphan had a diameter of 700km and it took over five hours for the entire system to make landfall.

Similarly, Cyclone Yaas will also take a few hours to make landfall on May 26. “The process is tipped to start around the afternoon. The eye or core of the storm is expected to cross land by the evening,” said the official.

Asked about the impact of the storm in Calcutta, the official said if the storm hits Paradip, Calcutta is likely to get winds blowing at 50kmph.

If the storm hits Digha, Calcutta is likely to see winds blowing at 80kmph. If the storm makes landfall north of Digha, the wind speed in Calcutta will go up according to its proximity to the place of landfall, the official said.