The West: A Sore Loser In Vaccine Diplomacy

It is clear that China’s advanced vaccine diplomacy stands in contrast to the ‘me first policy’ of the United States and the European Union. 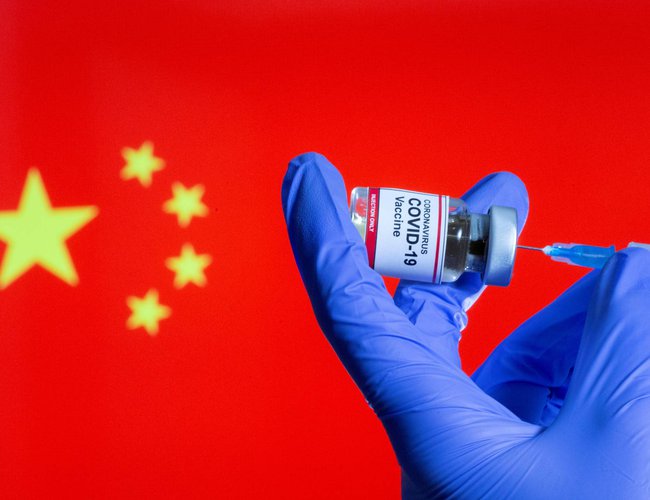 On May 12, the New York Times published an article entitled ‘World’s Most Vaccinated Nation Is Spooked by Covid Spike’. The article talked about how Seychelles, an island country in the Indian Ocean, despite having a highly vaccinated population is now experiencing a huge surge in Covid cases. The country had relied heavily on the Sinopharm vaccine provided by China to inoculate its population. A look at the headline and the first few paragraphs does seem to indicate that the Chinese vaccine did little to control the Covid surge in the country. But somewhere in the middle, the article goes on to reveal that among the vaccinated population that had two doses, 57 percent was given Sinopharm, while 43 percent was given AstraZeneca’. It then quotes the Health Ministry saying that they did not exactly know how many newly infected had taken the Sinopharm shot.

In other words – there was no certainty that the Chinese vaccine had ‘not worked’.

Malicious stories about China have become commonplace in Western media these days. Ever since the start of the pandemic, the West has left no stones unturned in tarnishingChina’s image. In the beginning, there were stories – mostly conspiracy theories - about the origins of the virus. Some claimed that China had planned to use the virus as a bio-weapon, others claimed that the virus originated months earlier than reported. In the later stages, the criticism has shifted to Chinese-made vaccines. But many of these stories – sometimes carried by giants such as the New York Times and Washington Post –contain only one side of the story. While covering the story about Seychelles for instance, where even it is to be believed that the infection was higher amongst those who take the Sinopharm shots, there is no mention of Chile where the Chinese jabs have been a huge success. A study in Chile, covering 10.5 million of its people, has found that the Chinese-developed CoronaVachas 67% efficacy against symptoms and 80% against death from Covid-19. Recently, research in Indonesia covering health workers found that in a real-world scenarios, the Chinese vaccine protected 98% of the health workers from death and 96% from hospitalization as soon as seven days after the second dose. Such news however is met with either subdued response or skepticism.

It is clear that China’s advanced vaccine diplomacy stands in contrast to the ‘me first policy’ of the United States and the European Union. While the EU and the US are focused on inoculating their people at home, China has already managed to ship 265 million doses of the vaccine in about 80 countries across the globe. All this while managing to vaccinate more than 200 million of its population. Beijing is thus a clear leader in terms of vaccine diplomacy. On the other hand, at the time of this writing, Washington was yet to start sending out the 80 million doses of vaccines promised by Joe Biden due to logistical and regulatory hurdles. Another manufacturer, Astra Zeneca has been struggling to meet the production targets due to increased Covid infection in some of its recipient countries. This has irked the West which is now resorting to its maligning tactics to downplay China.

There is no denying the fact that Beijing’s move is part of its larger political ambition. It is a maneuver used for image-building; a step is taken to portray itself as a messiah for the Global South. But this does not give the West any right to tarnish China’s efforts. If nothing else, the West has equal opportunity to step up its game. Resorting to cheap shots just proves that the West is a sore loser. But Washington, it appears, is yet to realize that. At the time of this writing, Western media is now rallying behind another ludicrous conspiracy theory saying that the Covid-19 virus stemmed from a lab experiment. The suspicion started doing the rounds after a classified US intelligence report - saying three researchers at the Wuhan laboratory were treated in hospital in November 2019, just before the virus began infecting humans in the city - began circulating in US media. Big media houses then started floating the news with the Washington Post even providing a detailed timeline on its edition in May 25 showing how the lab leak theory has ‘credible evidence’. Anthony Fauci, President Biden's chief medical adviser even quoted to have said that ‘that possibility definitely existed’.All of this based simply on one intelligence report which is far from conclusive!

The West needs to get rid of this excessive obsession with China. Treating every development from Beijing with skepticism will not put a brake on its efforts. It will continue to move forward aggressively capitalizing on every opportunity it sees. Whining about it will simply make the West lag behind. If Washington and its allies actually plan to counter Beijing, it will have to get its hand dirty - get down on the ground and pursue aggressive diplomacy.