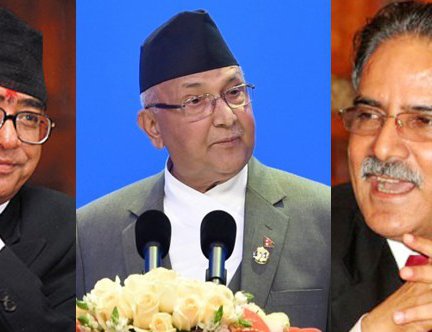 This is what petitioners act. In an unprecedented and unusual manner, the Attorney General of Nepal and two defense lawyers of Prime Minister K.P. Sharma Oli objected to the presence of two judges selected to sit in five-member constitutional benches. They questioned the impartiality of two judges who were involved in two other judges of the bench.

Although the hearing has started on the dissolution of the House of Representatives at the constitutional bench, the court’s decision will likely crate more political controversy in the coming days.

For the past seven decades, Nepal’s Supreme Court has been established itself as a guardian of the rule of law individual freedom, the dignity of man and the constitution. Whether it is during the Panchayat system or Multi-party system, Nepal’s Supreme delivered hundreds of landmark decisions.

Petitioners and defenders always respect the decision of the court to chose the judge by the court. However, this time the situation was different. The petitioner objected to the judges' chose for the bench and forced the chief justice to amend the bench. In a dispute Attorney General, who represents the state organ, opposed the composition of bench-like petitioners making the whole process is a mockery.

As the petition is in the Supreme Court, any discussion outside the court is regarded as sub-judice, speaker Agni Prasad Sapkota hosted an all-party meeting to discuss restoration of the House of Representatives ignored the court,

Speaker Sapkota, a former Maoist rebel commander, told the leaders of political parties including Maoist Chair Prachanda, NC President Sher Bahadur Deuba and UML leader Madhav Kumar Nepal he will restore the house if it requires. Since the case of dissolution is now under judicial consideration, it is not suitable for a person who holds the position of speaker of the House of Representatives.

“Speaker is a judge in the cases related to impeachment. Thus, he should be impartial. In the issue of parliament, the speaker needs to be a judge. He is a judge of the whole political process. In this context, he needs to avoid controversy,” said a constitutional lawyer.

His statement indicates that there is no more constitutional limitation before him. Earlier, he holds several rounds of discussions with former Speakers of the House and other constitutional experts following the dissolution of the House in a bid to look for a solution to the current crisis.

Given the present context, there would not be any surprise to see a declaration of the revival of the House of Representatives by the speaker Sapkota no matter whether such moves are constitutional or not.

Chairman of the ruling CPN (UML) and Prime Minister KP Sharma Oli has agreed to resurrect the party in the condition it was before May 16, 2018.

In a statement issued Sunday night, Oli forwarded a six-point unity proposal, expressing his commitment to revive all the party committees and structures that existed before May 16, 2018, for party unity.

Chairman Oli in his proposal said, “The signatures of the former lawmakers the CPN-UML, used in the writ petition filed in the Supreme Court demanding the removal of their party chairman from the post of the Prime Minister and appointment of the leader of the opposition as premiership, will be withdrawn.”

He also expressed his commitment that there would be no prejudice, discrimination and action against any leaders based on their weaknesses and mistakes they committed.

Chairman Oli also called for party unity, citing that the country's democracy could be strengthened and the nation could be united only if the party was strong.

Chairman Oli reiterated that he was always in favor of party unity. “The effort, contribution and sacrifices of thousands of warriors are implicit in the formation and development of the CPN-UML and people have immense faith in this party."

"The communist movement can be strengthened and united only by strengthening the CPN-UML,” he added.

He recalled that the CPN-UML and CPN-Maoist (Centre) were unified in 2018, with the belief that the national unity of the country could be strengthened only by uniting the communist movement.

Dahal's political meetings come at a time when uncertainty looms over the proceedings of the House of Representatives dissolution hearing in the Supreme Court.

The hearing on writs filed against House dissolution has been affected with opposition advancing from petitioners as well as defendants regarding the composition of the Constitutional Bench formed to hear the case.

They said despite the Supreme Court's ruling to invalidate PM Oli's decision to dissolve the House of Representatives on December 20, the PM dissolved the House again on May 22 and exhibited his arbitrary, unconstitutional regressive character.

They said that the Supreme Court has made it clear in its February 23 ruling that the House can be dissolved only if a government formed under Article 76 (5) of the constitution fails to obtain a vote of confidence or an alternative government cannot be formed even after invoking all the processes prescribed in Article 76 of the constitution. Yet, he dissolved the HoR and brought the new fiscal budget through an ordinance.

They warned the government and bureaucrats not to take any decision that could have a long-term impact on the country. They said that Nepalis should have the power to make decisions about their country and foreign forces should not be allowed to directly or indirectly interfere in Nepal.

The PM who has been reduced to a caretaker prime minister arbitrarily formed a task force to amend the constitution without forging a national consensus on such a serious issue, indulged in undemocratically reshuffling the Cabinet repeatedly and issuing threats to the Supreme Court through the Attorney General, the five former prime ministers stated in their release. They said that the PM who was supposed to focus on controlling the COV- ID-19 pandemic and providing relief to the people, had been indulging in power games thereby creating political instability and uncertainty.

As the differences among the political parties are widening and bleaching the constitution from different branches of the government, Nepal is heading towards a major political and constitutional crisis. The crisis will push the country in uncertain courses for a long time to come.