Switzerland Eliminates France In A Tough Game Of European Championship 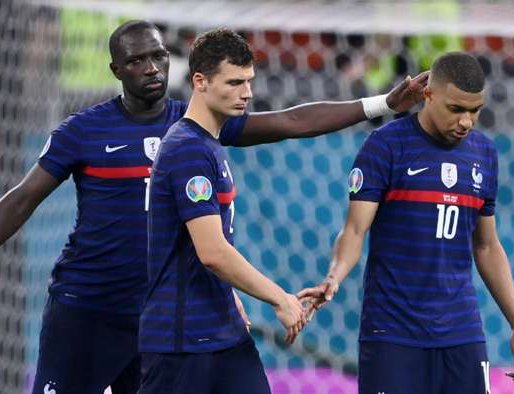 And, with that victory, Switzerland knocked out the 2018 World Cup winners and this summer's favourites, with their talismanic star the one missing on the last kick.

"We're all responsible for the elimination. It's painful and there is no one to point the finger at. We all fought together against the opponent and there is no excuse to seek. And we have to highlight the Swiss team, they were great."

He added: “I think the regrets we may have tonight are certainly that we could have managed the game better at 3-1. Our strength in the past was to be strong. And tonight, we left them in the game.

"Despite that, we didn't give up. We went to the end of the end. Now we have to digest our pain."

France initially went behind 1-0 before conceding a penalty, which was saved by Lloris. Moments later, France were up 2-1, with Karim Benzema scoring both goals in a matter of minutes.

Paul Pogba added a stunning third, curling in from outside of the box 75 minutes in to seemingly win it for the world champions.

However, Switzerland stormed back, with Haris Seferovic scoring in the 81st minute before Mario Gavranovic added an equalizing goal in the 90th.

That collapse led to France's elimination, with Varane lamenting his side's defending in the second half.

"It really is a huge disappointment," he told TF1. "We reacted tonight, we missed everything in the first half. In this second half, we reacted well but we left plenty of space and they got back in the game.

"We're disappointed. It is difficult to have the ability to analyze. We lacked everything.

"There was a lot of frustration with what we wanted to do. We reacted well and there were some positives in the second half but it wasn't enough. Then the penalty shootout is a lottery.

"It’s difficult tonight. It’s mostly disappointment. We have a good group, we have a good mentality. We will analyze, keep our heads high. In the locker room, it will be very quiet. Unfortunately, it stops today for us. Not much else to say right now. It's difficult".