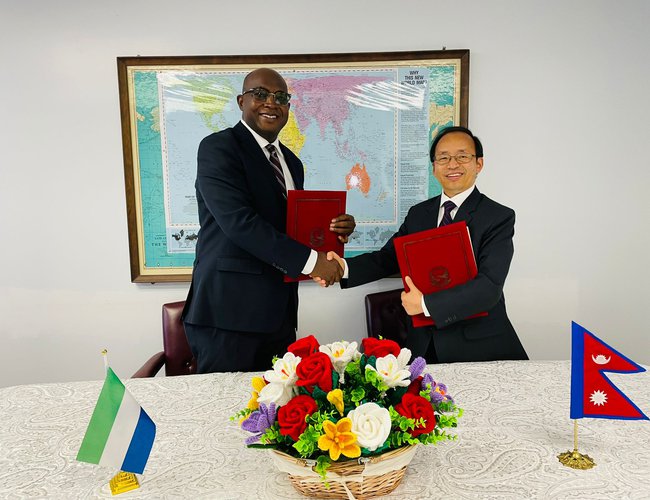 The two Ambassadors also signed a joint letter informing the Secretary-General of the United Nations António Guterres about the establishment of diplomatic relations between the two countries.

On the occasion, the two Ambassadors exchanged views on various matters of common interest to strengthen bilateral cooperation in national and multilateral settings particularly at UN forums for the mutual benefit of the two countries. 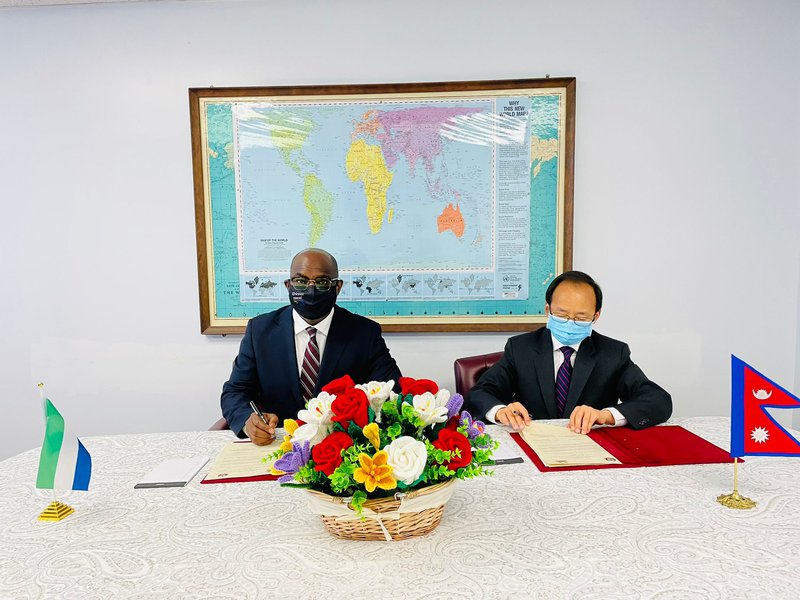 The Republic of Sierra Leone is a country located on the southwest coast of West Africa with an area of 71,740 sq. KM, bordering Liberia to the southeast, Guinea to the Northeast and the Atlantic Ocean to the west.

It joined the United Nations on 27 September 1961.

Both Nepal and the Republic of Sierra Leone are members of the Group of 77 and China and the Non-Aligned Movement.