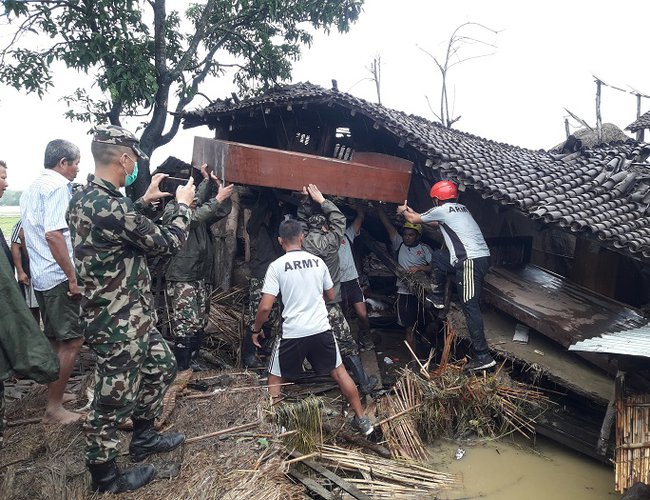 Following the torrential rains of the last 24 hours, landslides and flood-affected different parts of Nepal blocking roads, washing out the bridges, burring people and houses. Nepal Army has mobilized its forces to rescue and relief missions across the country to save the life and property of people and open the connectivity.

Nepal Army rescued flood-affected people in various wards of Madi Municipality. Dozens of houses have already been inundated in ward 1 due to the flood. Similarly, Nepal Army helped to open a portion of Tribhuwan Rajpath in Bhainse which is disturbed by the landslide.

According to a press release issued by Public Relations and Information Directorate at Nepal Army Headquarters, Nepal Army is also involved in the search, rescue, relief missions in flood and landslide affected areas of Panchthhar, Tanahu, Gulmi, Palpa and Pyuthan districts.

According to the National Disaster Risk Reduction and Management Authority (NDRRMA)During the last 24 hours, floods and landslides triggered by torrential rainfall across the country killed seven persons, leaving nearly a dozen injured and half a dozen others missing. 17 houses collapse, 67 families were displaced in Tanahun. 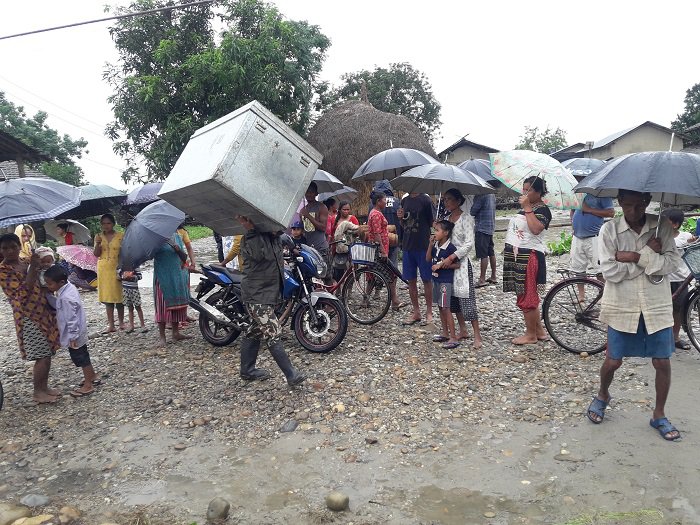 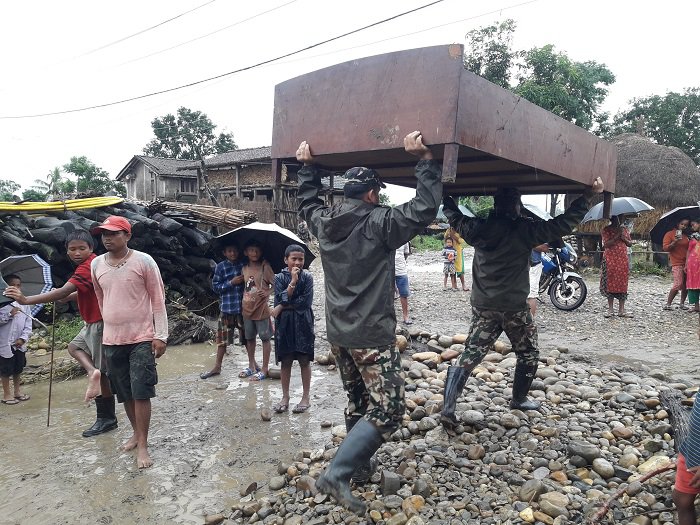