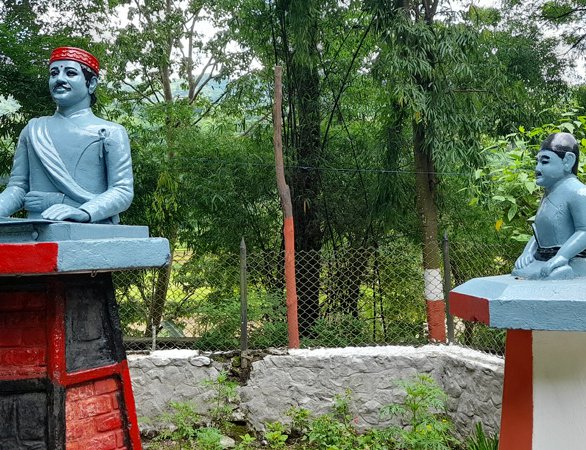 It has been 18 years since a fire completely destroyed the home of Aadikabi (Pioneer Poet) Bhanubhakta Acharya in Tanahun. But it has still not been reconstructed.

The expansion of the Muglin-Pokhara section of the Prithvi Highway looks set to claim the well and the nearby Bhanu-Ghansi Memorial Park. The local government has urged the authorities to widen the road without disturbing the historical well. But no decision has been taken and if work continues in its current way, the well will be buried and the park destroyed. This has worried the local people.

The house ‘Sikharkateri’ was last repaired in 1998 for the shoot of Yadav Kharel’s film ‘Adikabi Bhanubhakta.’ However, on April 23, 2003, it caught fire and burned down. Since then, many officials have promised to rebuild the house and restore its glory. But nothing has been done so far.

“But work has not moved an inch since then,” complained Chairman of Bhanu Municipality Ward No. 4 Purna Bahadur Laudaribhat.

“The plan was to construct an entire area dedicated to Adikabi Acharya on 10 ropanis of land which would consist of his house, a pond, flower gardens, a museum, Chautaris and many more structures,” informed Shankar Ranabhat, former executive director of the Bhanu Birthplace Development Committee. “But we have not been able to implement it because the committee has been without officials for the last four years.”

Advertisement Code Of Conduct Announced By Agencies 2 days, 5 hours ago