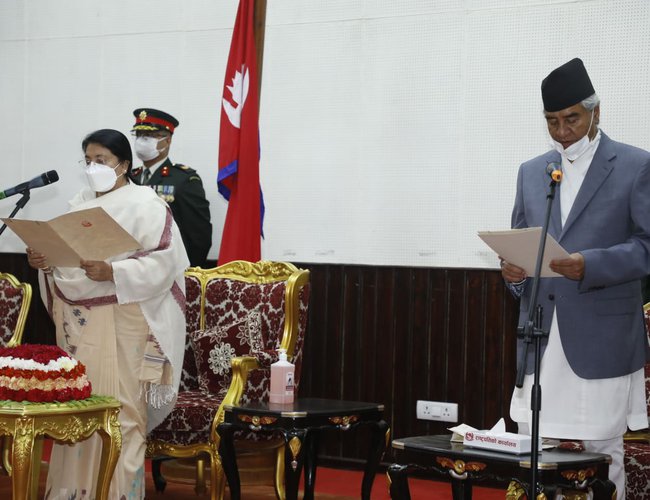 A special ceremony was organized at the President’s Office, Sheetal Niwas, on Tuesday evening to administer the oath to Nepali Congress (NC) President Deuba as the Prime Minister

The swearing-in ceremony was delayed by more than two hours after newly appointed Prime Minister Deuba objected to taking oath as the appointment notice issued by the Office of the President did not mention that Deuba was appointed according to Article 76 (5) of the Constitution. 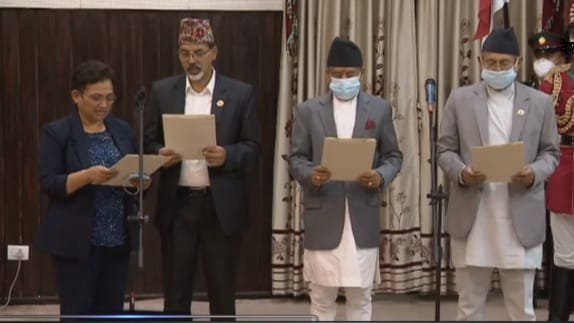