Afghanistan's Winners: Qatar, Russia, China, Pakistan, Turkey And Iran Most of these countries have hosted the Taliban or tacitly backed them. 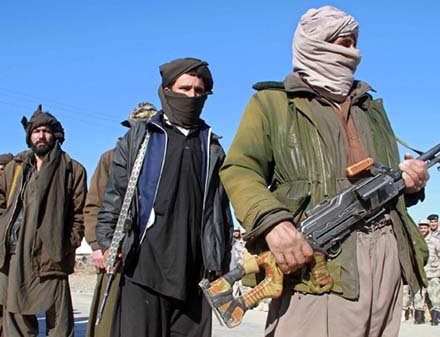 According to a commentary in The Jerusalem Post, among those “winners” are Qatar, Russia, China, Pakistan, Turkey and Iran. This can be seen in various ways. Most of these countries hosted the Taliban or tacitly backed them. Others, such as Turkey, have sought to have a role in post-American Afghanistan.

Iran’s media is full of stories arguing that the Taliban won’t export extremism or threaten anyone and that Iran has always helped the Afghan people. Iranian official Ali Shamkhani, for instance, has put out positive statements about Iran’s role in Afghanistan.

Meanwhile, Qatar’s Al Jazeera was on hand to showcase the Taliban taking the presidential palace in Kabul. It appears Qatar had advance knowledge of the Taliban’s plans because Doha has been hosting the Taliban for years.

Qatar has a large US military base but has always backed religious extremists, including Hamas and the Muslim Brotherhood, and has given red-carpet treatment to the Taliban. This is a big win for Qatar, and it will use it for leverage across the Middle East.

While Qatar and Turkey benefit because of their links to Islamist groups and general backing for far-right Islamic movements, Iran benefits from seeing the US leave its doorstep. Iran also wants the US out of Iraq and will use the Afghan chaos to push it to leave Iraq as well.

Turkey will be working with Russia and Iran in Syria to try to get the US to leave. All these countries agree that they want America gone from the region.

Russia and China have both hosted Taliban delegations in recent years and months. They want to have open channels to the Taliban and consider recognizing them as the new government.

This is important at the United Nations Security Council. With backing from Russia and China, the Taliban can get the international clout they need and eventually obtain wider recognition.

The meetings between Taliban officials and Russian envoys this week, which have been reported, are important.

“Russian Ambassador to Afghanistan Dmitry Zhirnov will meet on Tuesday with the coordinator of the leadership of the Taliban movement [outlawed in Russia] to discuss ensuring the security of the Russian Embassy, Russian Presidential envoy to Afghanistan Zamir Kabulov said in an interview,” Russia’s TASS news agency reported.

The Russian ambassador will discuss with the Taliban representative the details of the external protection of the diplomatic mission of the Russian Federation, Kabulov said.

This means that Russia may consider recognizing the Taliban at a future date. Russia could help put the wind in the sails of the Taliban.

But Russia has its own background in Afghanistan. It has noted that the US-backed Afghan government has fallen quickly. Russia wants to secure Central Asia as well, including its southern flank.

That means the chaos of Afghanistan must not spread. It will want to work with China, Pakistan, Turkey and Iran to make sure that the Taliban are contained and come to power in a stable way.

All these countries have common interests. They want the US gone from the region. They want America humiliated. They also want to share energy and mineral resources that may flow through Afghanistan. This is their invitation to help make the decline of the US and the West more rapid.

These countries have different ideological agendas. Turkey, Pakistan and Qatar have a far-right Islamic worldview of the world. They have wanted to work with Malaysia and even Iran on new concepts regarding an Islamic system of trade or television programs to confront “Islamophobia.”

Turkey and Qatar form an axis that backs the Muslim Brotherhood, and as such, there has been cheering in Syria and the Gaza Strip regarding the Taliban takeover. China and Russia have other ideas about how this may benefit them on the world stage.

For now, the Afghanistan debacle is a major setback for the US globally in terms of image and the perception that US-backed systems tend to be as weak and temporary as the grass that greens with the spring and withers in the fall.

Ukraine welcomes US Offer Of Long-Range Rockets By Agencies 22 hours, 27 minutes ago

US Shoots Down China's Balloon, Says Defense Department By Agencies 22 hours, 42 minutes ago

Russians Advance On Bakhmut As Allies Mull Jets For Ukraine By Agencies 4 days, 23 hours ago