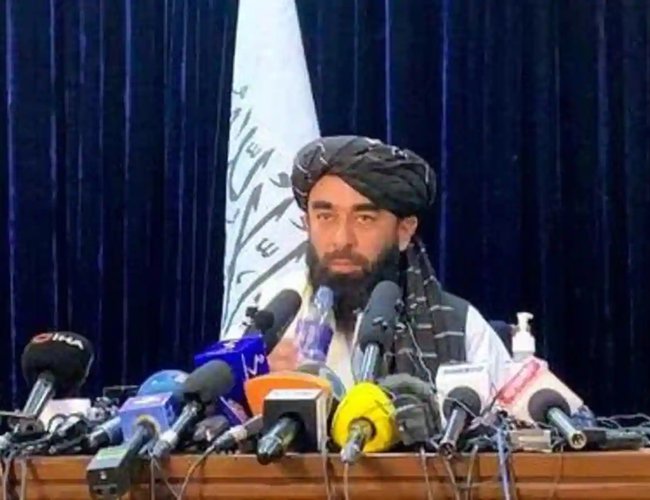 In Afghanistan, the Taliban appear to be speeding up efforts to establish a new government. The Taliban have stepped up their offensive and seized power as US troops prepare to fully withdraw from the country this month.

However, Afghanistan President Ashraf Ghani is in the United Arab Emirates, the Gulf state's foreign ministry said on Wednesday, after he left as Taliban fighters seized control.

"The UAE Ministry of Foreign Affairs and International Cooperation can confirm that the UAE has welcomed President Ashraf Ghani and his family into the country on humanitarian grounds," it said in a statement.

The Taliban's number-two leader, Mullah Abdul Ghani Baradar, arrived in the southern city of Kandahar on Tuesday, apparently for talks with officials of the government led by President Ashraf Ghani.

The Taliban are also negotiating in Kabul with officials such as Abdullah Abdullah, chairman of the High Council for National Reconciliation, who led the peace process under the Ghani administration.

Taliban spokesperson Zabihullah Mujahid suggested on Tuesday that there will soon be an agreement on establishing a Taliban state.

President Ghani has fled the country.

First Vice President Amrullah Saleh posted on Twitter on Tuesday that he is still in Afghanistan, and declared himself the legitimate caretaker president. He also urged people to resist the Taliban.

But with the Taliban now controlling most of the country, including the capital Kabul, it's unclear how much support Saleh can muster.

Zelenskyy Meets With EU Leaders By Agencies 18 hours, 59 minutes ago