Resistance Against Taliban Reported In Afghanistan

Resistance Against Taliban Reported In Afghanistan 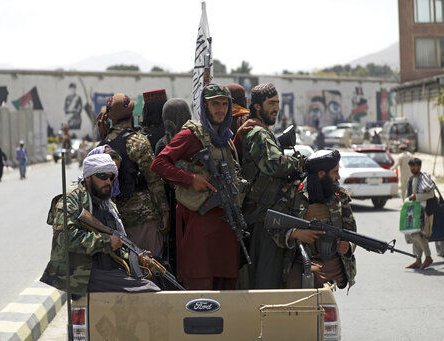 Sunday marks one week since the Taliban seized control of Afghanistan's capital Kabul, sparking the collapse of the former government. That comes as US forces withdraw from the country.

Taliban leaders have since held talks with senior officials from the ousted government on establishing a new administration, while organized resistance against the group has been reported in the north of the country.

On Saturday, Abdullah Abdullah, chairman of the High Council for National Reconciliation, tweeted that he had discussed a comprehensive political solution with members of the Taliban. Abdullah Abdullah led the peace process under the administration of ousted President Ashraf Ghani.

The Taliban are expected to step up talks, led by the group's number two, Mullah Abdul Ghani Baradar.

Meanwhile, multiple local media outlets are reporting that local forces on Saturday attacked and recaptured an area in the northern province of Baghlan that had been under Taliban control.