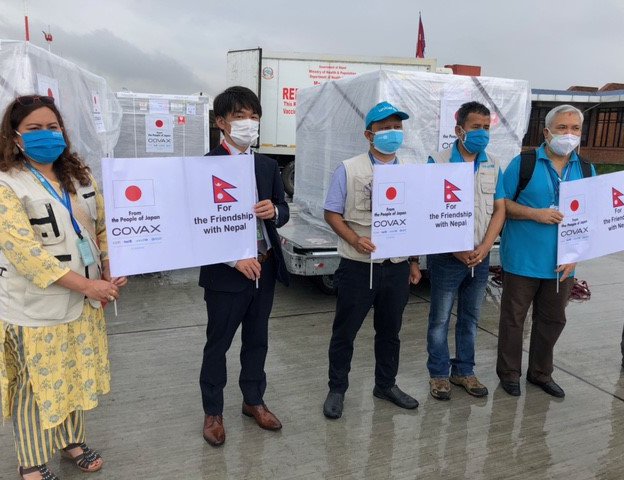 Japan-Pledged remaining COVID-19 vaccine arrived in Nepal. .According to a press release, the remaining 767,420 doses have arrived in Kathmandu on 21 and 23 August, making the total number of doses 1,614,740. Ambassador of Japan to Nepal Kikuta stated that this vaccine donation is a symbol of friendship between Japan and Nepal.

These vaccines are managed by COVAX Facility, a partnership between CEPI, Gavi, UNICEF and WHO; and with international communities for the mitigation of the COVID-19 pandemic through a dose-sharing scheme.

The rollout of these vaccines will be administered by the Ministry of Health and Population with the support from UNICEF to reach citizens who are eagerly waiting to receive their jab across all regions.

Japan has pledged a total of 1.6 million doses of AstraZeneca vaccine for Nepal through the COVAX Facility, of which approximately half of the amount has already been delivered on August 7 and 8 and are being used in the current nation-wide vaccination campaign.

"The Embassy is pleased that it was able to deliver more than the 1.6 million doses initially pledged, showcasing Japan’s integrity and care for the people of Nepal," read a press release issued by the Embassy of Japan. 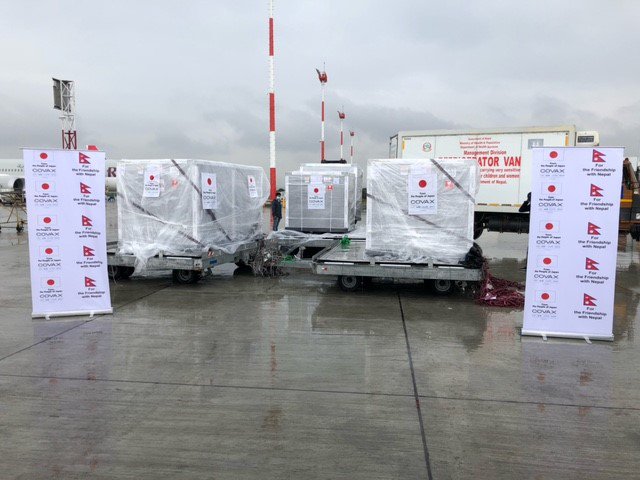