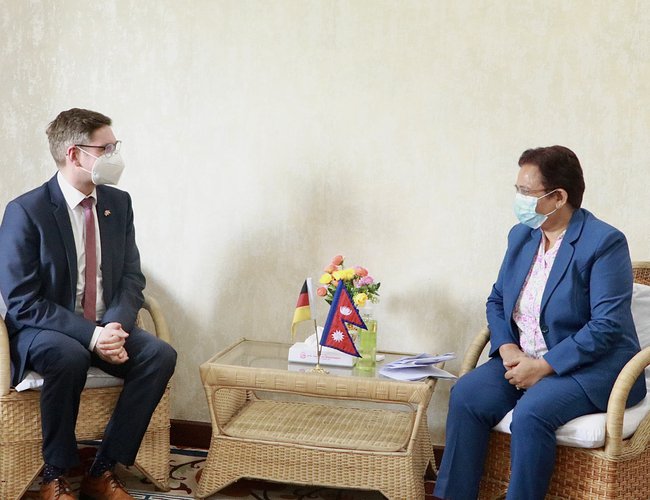 Charge d’affaires of Embassy of Federal Republic of Germany Stephan Russek has paid a courtesy call on Minister of Energy, Water Resources and Irrigation Pampha Bhusal at her office in Singha Durbar.

During the meeting, they also discussed the progress of ongoing German-supported Chilime-Trishuli and Lekhnath Damauli 220 kV Transmission line projects.

Minister Bhusal thanked the Federal Republic of Germany for continuous technical and financial support for the overall development of Nepal including the energy sector. She assured the German envoy that the ministry is committed to complete German-supported projects in time. 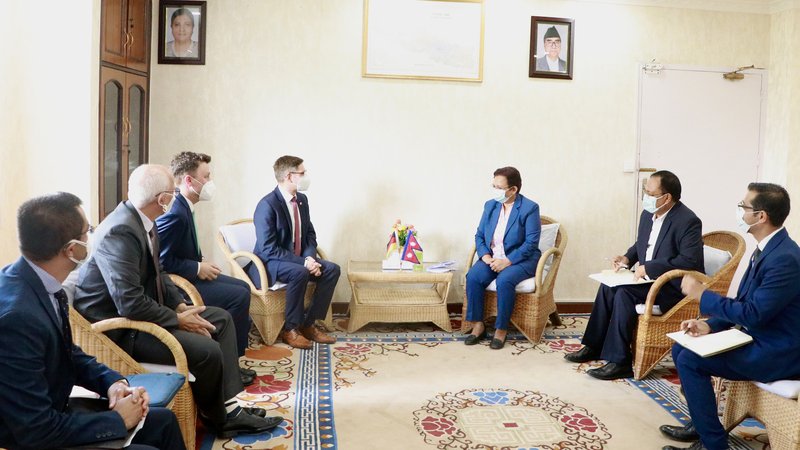 Bangladesh Is Ready To Buy Electricity Generated In Nepal: Ambassador Chowdhury By Agencies 5 hours, 26 minutes ago