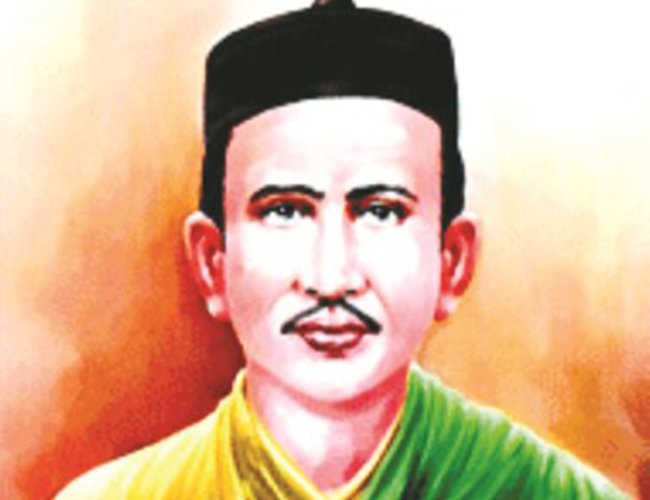 Motiram Bhatta created Adikabi, or the first poet title and entitled it to Bhanubhakta Acharya, the one who initiated inclusivism and easy access to Nepali literature.

Motiram Bhatta understood the inner essence of Bhanubhakta's poetry and meaning, Motiram advocated and initiated several reforms and revolutions in Nepali literature and shaped it with a new shining shape.
Born in 1866 at Kathmandu on the night of Kushe Aaunshi which is today, so every year kushe aausnhi is commemorated also as a birthdate of Motiram, acknowledging his contribution towards Nepali literature. Motiram Bhatta shall always be remembered for his contribution and a unique epoch-making style in his creations.

Motiram, for me, is a bridge to Persian, Urdu and Nepali literature and their features, at the age of six he went to Benaras in pursuit of his Sanskrit education. He was enrolled at a Persian school there, thus his knowledge and understandings of linguistics and articulation spread beyond borders.

During his Venaras tenure, Moti Ram also studied Urdu literature in-depth, as a result of which he even wrote some Urdu language plays.