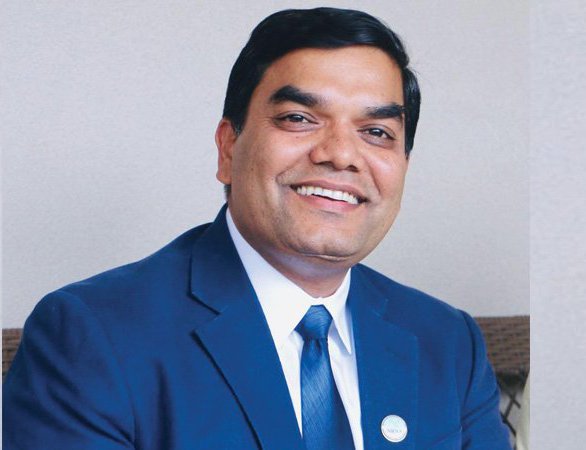 Former President of NRNA US Chapter Dr Keshab Poudel is making necessary preparation to file candidacy for the post of general-secretary of NRNA. The general-secretary is an important portfolio in NRNA. The US is the country having highest number of NRNA delegates, it is informed.

Mostly popular and mild in nature, Dr Poudel said he is declaring his candidacy this time for the post of general-secretary for the institutional development of the global organization. He told RSS that he is vying for the post to materialize the agenda of developing NRNA a systematic and transparent organization.

He has been residing in the US for over 17 years being professionally engaged in medical field. Involved in NRNA since 2013, he had served as an advisor to NRNA US from 2013-15, NRNA US President twice from 2017-19 and chief patron of NRNA US Chapter from 2019-21.

Dr Poudel has also been active in medical profession in Nepal through Green City Hospital. He is mostly known as a specialist of Internal Medicine. He had played a lead role in providing health materials and appliances worth amounting over tens of millions rupees to the Government of Nepal from the US for the treatment and prevention of present pandemic of COVID-19.

Beside involvement in medical sector, Dr Poudel has also his investment in hotel enterprises in the US.

Aspiring candidates have declared their candidacies for different positions in the virtual election to be held in the run-up of NRNA ICC on October 23-25. As many as 3,600 delegates from 65 countries are taking part in the virtual event.

Aspiring candidates for leadership have stepped up their preparation in view of the election of the Non-Resident Nepali Association (NRNA0 – the largest and significant umbrella organization of Nepali immigrants and Diaspora – scheduled for coming October 23-25.

Candidates have declared their candidacies for different positions and also ramped up their electoral campaigns ahead of the 10th general convention scheduled to take place next month.