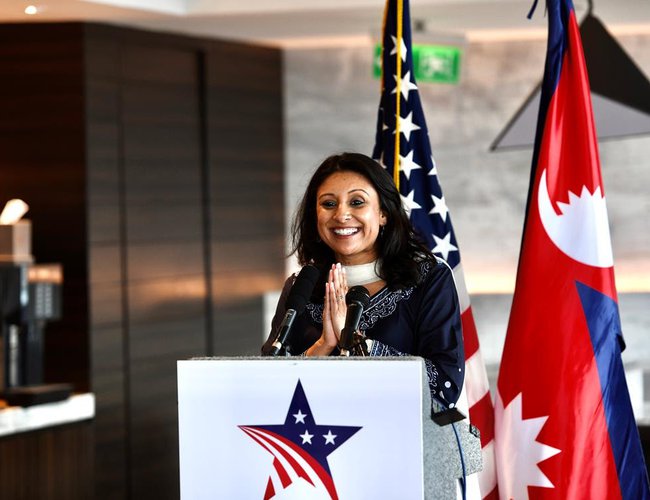 A delegation from the U.S. Government’s Millennium Challenge Corporation (MCC), led by Vice President of Compact Operations, Fatema Z. Sumar, departed Nepal today after a four-day visit to discuss next steps to advance the ratification of the $500 million MCC-Nepal Compact.

Sumar and Jonathan Brooks, MCC’s Deputy Vice President for Europe, Asia, the Pacific, and Latin America, met with community, business, and political leaders to discuss the economic opportunities provided by the compact and offer any needed clarifications.

“It was a pleasure to be back in Nepal where we had such productive discussions with a wide cross-section of Nepali society from parliamentarians and party leaders to civil society and the business community,” said Sumar. “I am encouraged by the support the compact received throughout my trip in so many of our conversations. Through open and honest dialogue, we were able to clarify questions and address misconceptions, particularly those stemming from a deliberate misinformation campaign. I look forward to the Government of Nepal taking the next step to ratify the compact so we can strengthen Nepal’s economy for years to come.

The Government of Nepal signed the MCC-Nepal Compact in 2017 after spending nearly three years working with MCC and development experts to design and negotiate the grant program. The compact, which is co-funded with an additional $130 million from the Government of Nepal, consists of two major infrastructure priorities: expanding access to affordable, reliable energy and making Nepal’s roads better.

The Electricity Transmission Project will focus on completing a segment of Nepal’s 400kV East-West transmission line and the Nepal portion of the second cross-border line with India, totaling approximately 300 km of powerlines – roughly equal to one-third of the entire country. This will enable Nepal to provide more reliable electricity to homes and businesses, modernize Nepal’s electricity grid, and support the increased trade of Nepal’s surplus energy.

Nepal is the world’s second richest country for inland water resources with as many as 6,000 streams, rivers, and tributaries. The Asian Development Bank estimates that if Nepal’s hydropower generation expanded by just 20 percent, by 2030 the country’s real GDP would increase by 87 percent and exports would increase by 285 percent.

The Road Maintenance Project is designed to introduce a new government-run road maintenance program to better build and maintain Nepal’s roads. An underlying cause of Nepal’s high transportation costs is poor road quality due to insufficient maintenance. Improved roads will mean safer, more cost effective and efficient transport of goods, services, and people. 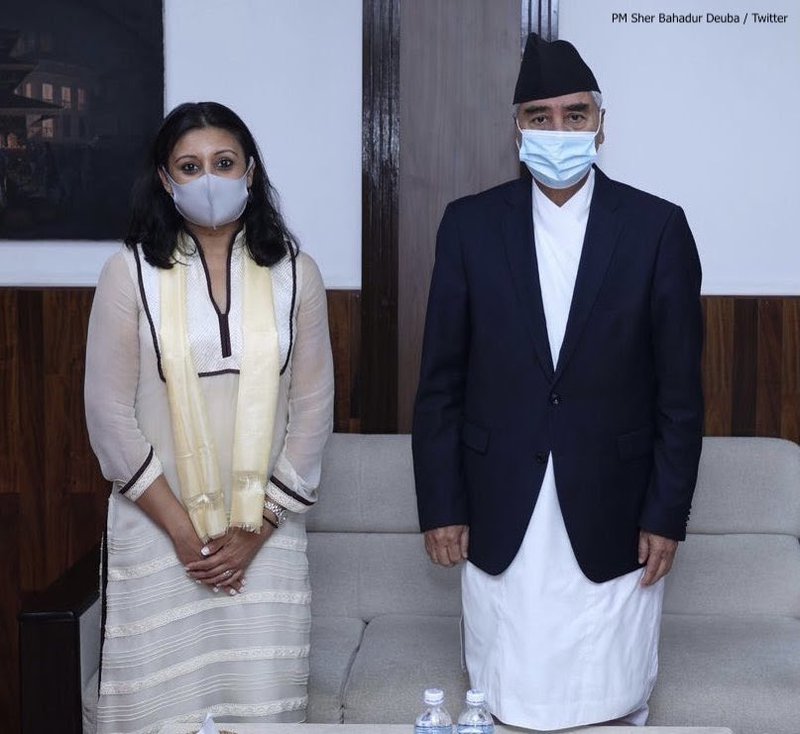 “For more than 70 years, the United States and Nepal have enjoyed a friendship built on shared values, including individual freedoms and respect for the sovereignty of all Nations,” said Brooks. “The MCC compact is a continuation of our long partnership. The compact will benefit nearly 23 million Nepalis and create high-quality jobs for Nepalis as we extend Nepal’s power grid and lower the cost of road transportation.

The U.S. established diplomatic relations with Nepal in 1947 and was one of the first countries to extend development assistance. In 1951, the U.S. and Nepal signed multiple bilateral aid programs as part of the U.S.’s Point Four Program - the first U.S. program designed to improve social, economic and political conditions in developing nations. These programs focused on roads and telecommunications, enabling agriculture, and eliminating malaria. From 1952 to 1986, the U.S. provided more than $368 million in bilateral development assistance. Then, following the 2015 earthquakes the U.S. provided the largest amount of financial assistance to Nepal – more than $190 million – for relief, recovery, and the reconstruction of critical infrastructure, including 36 schools and hospitals, and more than 1,600 homes.

According to the U.S Embassy in Nepal MCC is an international development agency of the U.S. Government, working to reduce global poverty through economic growth. Created in 2004, MCC provides time-limited grants and assistance to countries that meet rigorous standards for good governance, fighting corruption and respecting democratic rights.