Three Economists From US Win Nobel

Three Economists From US Win Nobel 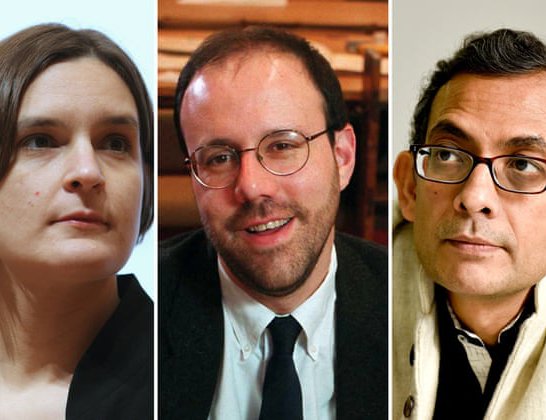 Three economists based in the US have won this year's Nobel Prize in economics for developing new methods to study cause-and-effect relationships within labor markets. Their work helped answer large, unanswered questions about how social status and policies affect workers and markets.

The Royal Swedish Academy of Sciences has awarded the Sveriges Riksbank Prize in Economic Sciences in Memory of Alfred Nobel to David Card, Joshua Angrist and Guido Imbens.

The winners used "natural experiments" to show how groups of people are treated differently. They studied real-world situations in a way similar to scientific experiments.

In one study, Card looked at how raising the minimum wage affects business. He compared a restaurant in a city that had just hiked wages to a restaurant in a neighboring state, and disproved the common belief that paying workers more results in job cuts.

Other studies looked at the effect of immigration and education on future income.

Ukrainian Soldiers Arrive In Britain For Tank Training By Agencies 8 hours, 58 minutes ago