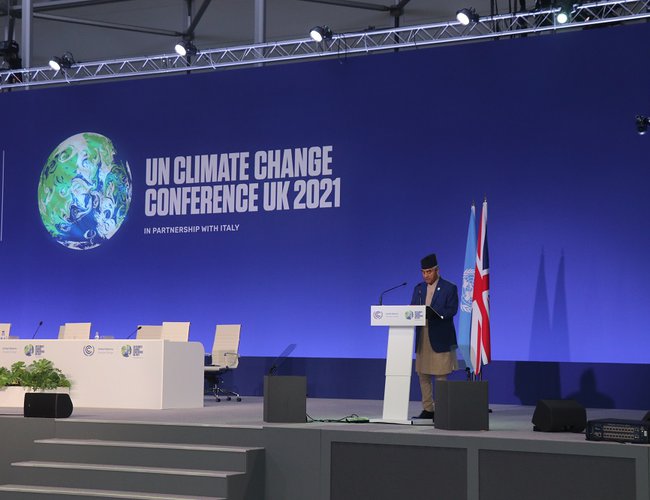 Prime Minister Sher Bahadur Deuba said that the COP26 must ensure adequate support for adaptation in the most vulnerable counties by scaling up financial, technological and capacity-building resources.

Addressing the World Leaders Summit during the 26th Conference of Parties (COP 26) of the UN Framework Convention on Climate Change (UNFCCC) in Glasgow today, he urged the world leaders to recognize the specific climate vulnerability in the mountains and accord high priority to the mountain agenda in all climate-related negotiations.

He underscored that loss and damage had become a key concern due to increased phenomena of climate induced disasters and called the Parties to agree on making Loss and Damage a stand-alone agenda for negotiations and agree on the framework of additional financing for it.

Prime Minister Deuba expressed that Nepal remains firmly committed to the implementation of Paris Agreement, which is evidenced by its ambitious NDC, the national plan to decarbonize Nepal's economy in all sectors and to reach a net zero emission by 2045. He also urged the Parties to agree on a clear roadmap for a new collective, quantified and ambitious goal on climate finance before 2025. The Prime Minister said, "With abundant water, forest and biodiversity resources, Nepal can be a leader in sharing clean, green and nature-based climate solutions in the region". 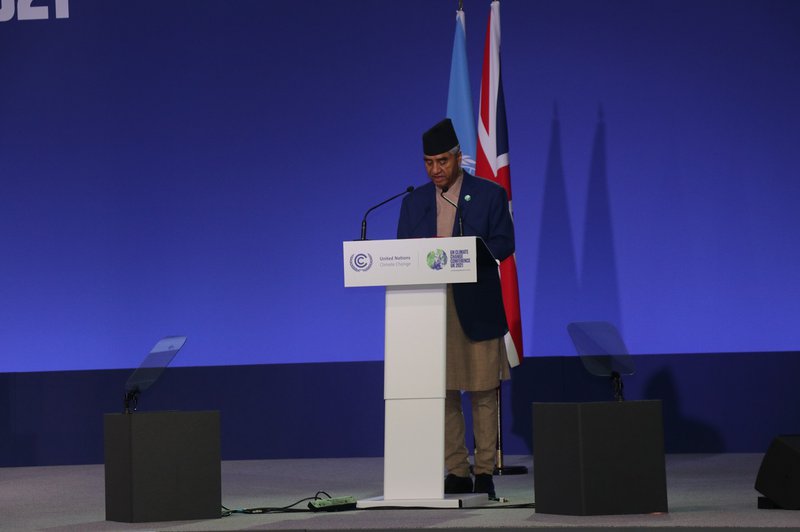