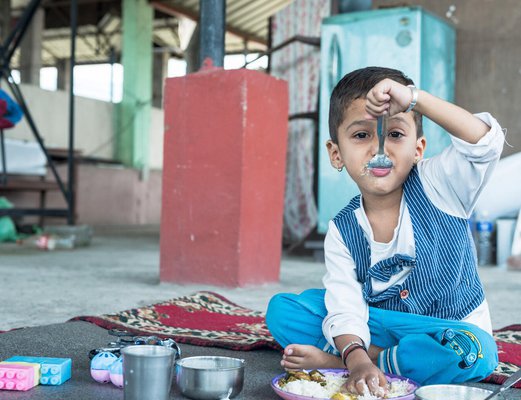 Although Nepal has been launching several programs to improve the food status of children offering various schemes including school nutrition programs in the remote areas, a large number of young children are facing the challenges of nutrition.

A report titled ‘Fed to Fail?’ shows the crisis of children’s diets in early life. Released ahead of the UN Food System Summit, it warns that rising poverty, inequality, conflict, climate-related disasters, and health emergencies such as the COVID-19 pandemic, are contributing to an ongoing nutrition crisis among the world’s youngest that has shown little sign of improvement in the last ten years.

Nepalese children and young people share a similar situation as at the global level. According to the report, Nepalese adolescents’ choices of nutritious and healthy food like fruits and vegetables depend on the season. These foods are not always easily available and accessible to them.

Key vulnerability for availability and accessibility of such type of nutritious and healthy food is associated with its prices. Most often, nutritious, and healthy choice of food is expensive.

“Children cannot survive or thrive on calories alone,” said Fore. “Only by joining forces with governments, the private sector, civil society, development and humanitarian partners, and families can we transform food systems and unlock nutritious, safe and affordable diets for every child. The upcoming UN Food Systems Summit is an important opportunity to set the stage for global food systems that meet the needs of all children.”

“The report’s findings are clear: When the stakes are highest, millions of young children are being fed to fail,” said UNICEF Executive Director Henrietta Fore. “Poor nutritional intake in the first two years of life can irreversibly harm children’s rapidly growing bodies and brains, impacting their schooling, job prospects and futures. While we have known this for years, there has been little progress on providing the right kind of nutritious and safe foods for the young. In fact, the ongoing COVID-19 disruptions could make the situation much worse.”

In an analysis of 91 countries, the report finds that only half of children aged 6-23 months are being fed the minimum recommended number of meals a day, while just a third consume the minimum number of food groups they need to thrive. Further analysis of 50 countries with available trend data reveals these poor feeding patterns have persisted throughout the last decade.

As COVID-19 continues to disrupt essential services and drives more families into poverty, the report finds that the pandemic is affecting how families feed their children. 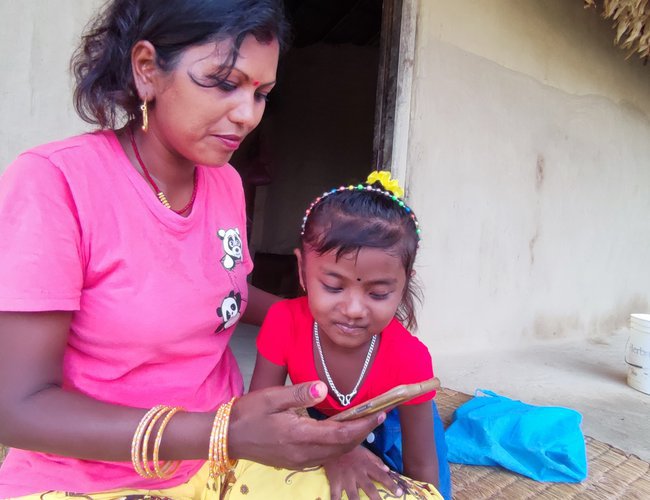 Children under the age of two are most vulnerable to all forms of malnutrition – stunting, wasting, micronutrient deficiencies, and overweight and obesity – as a result of poor diets, due to their greater need for essential nutrients per kilogram of body weight than at any other time in life, as well as lack of health seeking behaviors such as prevention and treatment of the illnesses, from their parents.

Globally, UNICEF estimates that more than half of children under the age of 5 with wasting – around 23 million children – are younger than 2 years of age, while the prevalence of stunting increases rapidly between 6 months and two years, as children’s diets fail to keep pace with their growing nutritional needs.

According to the report, children aged 6-23 months living in rural areas or from poorer households are significantly more likely to be fed poor diets compared to their urban or wealthier peers. In 2020, for example, the proportion of children fed the minimum number of recommended food groups was twice as high in urban areas (39 per cent) than in rural areas (23 per cent). In South Asia (19 per cent), less than one in four young children, are being fed a minimally diverse diet.

But change is possible with the right commitment and investments. Ten countries – Bangladesh, Burkina Faso, Cambodia, Cote d’ Ivoire, Gambia, Kyrgyzstan, the Maldives, Nepal, Sierra Leone and Timor-Leste – have increased the proportion of children consuming foods from the recommended minimum number of food groups by at least 10 percentage points in the last decade.

In all regions, investments are needed to ensure that all children benefit from the diverse diets they need to prevent all forms of malnutrition, and grow, develop and learn to their full potential.

To deliver nutritious, safe, and affordable diets to every child, the report calls for governments, donors, civil society organizations and development actors to work hand-in-hand to transform food, health and social protection systems by leading key actions, including:

Increasing the availability and affordability of nutritious foods – including fruits, vegetables, eggs, fish meat and fortified foods – by incentivizing their production, distribution and retailing.

Increasing the desirability of nutritious and safe foods through multiple communication channels including digital media to reach parents and children with easy to understand, coherent information.

Ahead of the UN Food Systems Summit, 18 UNICEF offices including Nepal, in collaboration with Young and Resilient Research Centre at Western Sydney University, consulted in depth with children and young people about food, food environments, and food practices. Additionally, a U-Report poll also gathered responses from more than 22,000 children and young people across various countries.

Fix My Food: Children’s Views On Transforming Food Systems report encompasses the analysis of the insights shared by children around the world about their lived experiences and perspectives on food systems, and their ideas and recommendations about what they want families, communities, organizations, governments and young people themselves to do to rethink and rework food systems for the 21st century.

Young children’s diets show no improvement in last decade, ‘could get much worse’ under COVID-19 -UNICEF

Children under the age of 2 are not getting the food or nutrients they need to thrive and grow well, leading to irreversible developmental harm, according to new report released by UNICEF.