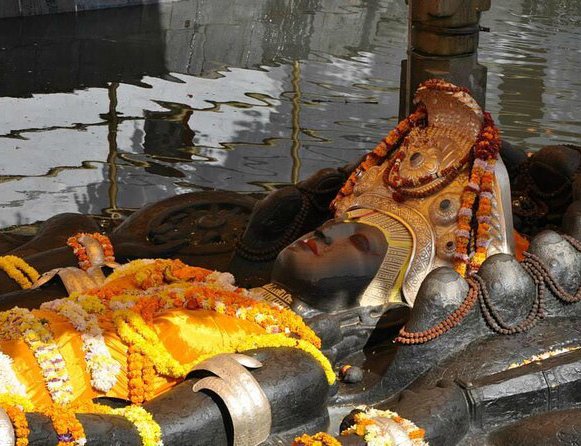 Vaikuntha Chaturdashi is a holy day in the Hindu calendar that is observed one day before Kartik Purnima. The Shukla Paksha Chaturdashi during Kartik month is considered sacred for the devotees of Lord Vishnu as well as Lord Shiva because both deities are worshipped together on the same day. Otherwise, it is very rare that Lord Shiva and Lord Vishnu are worshipped together on the same day.

On Vaikuntha Chaturdashi, Lord Vishnu is worshipped during Nishitha which is midnight as per the Hindu division of the day. Devotees offer Lord Vishnu a thousand lotuses while reciting the Vishnu Sahasranama, the thousand names of Lord Vishnu.

This is the only day when Lord Vishnu is given a special place of honor in the sanctum of Kashi Vishwanath Temple, a prominent Lord Shiva temple in Varanasi. It is believed that the Vishwanath temple becomes as pious as Vaikuntha on the very same day. Both deities are ritually worshipped as though they are worshipping each other. Lord Vishnu offers Tulasi leaves to Shiva and Lord Shiva, in turn, offers Bael leaves to Lord Vishnu.