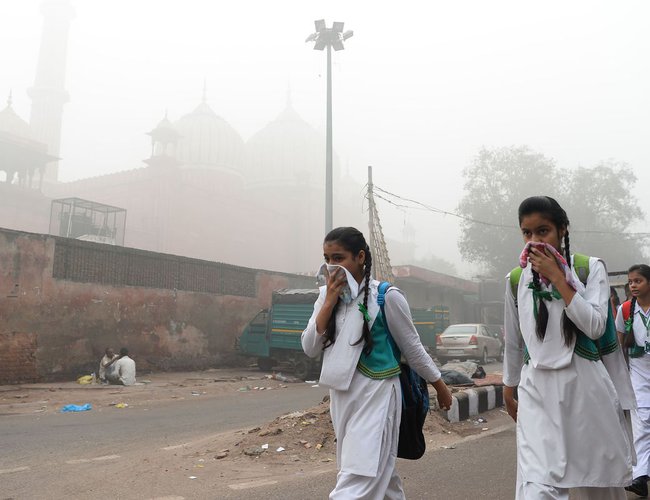 Several parts of the city on Tuesday recorded PM2.5 levels of over 400 on a scale of 500 in the last 24 hours.
This is categorised as "severe" under the country's guidelines.

The shutdown of schools is one of several emergency measures announced on Tuesday by the Commission for Air Quality Management in New Delhi.
The panel also said at least 50 percent of government officials should work from home until this weekend.

Health experts have reported a rise in lung and respiratory diseases due to the worsening smog. Doctors are warning people to stay indoors and avoid exposure to the toxic haze.
Concerns are growing as the city is still struggling with coronavirus related infections.

New Delhi often ranks as one of the world's most polluted capitals. The controversial issue of crop stubble burning by farmers is said to be contributing to the air pollution. Emissions from transport vehicles are also blamed.