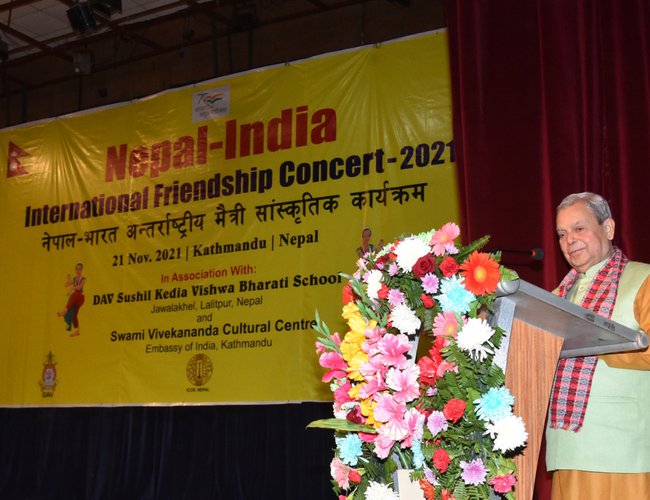 Thakur emphasized upon the shared cultural heritage of India and Nepal and the significant role of young artists and students in promoting and preserving the age-old ties between the two friendly neighbours.

Speaking on the occasion, Naveen Kumar, First Secretary (Press, Information and Culture) thanked the artists from India and Nepal for their scintillating performances and contribution to bringing the people of the two countries together through their art.

Celebrated artists from India- vocalist Dr. RanjanaJha, dancers Ms. Yamini Sharma and Rijula Mishra- and SwajanRaghubanshi Group from Nepal enthralled the audience with their performances. Young students from CBSE schools in India and Nepal put on display a cultural extravaganza.

The event was part of ‘Azadi KaAmrit Mahotsav’, an initiative of the Government of India to celebrate and commemorate 75 years of India’s independence.