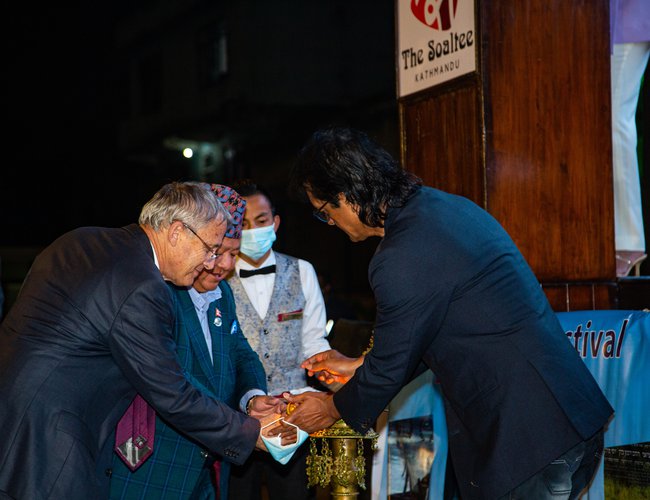 The Embassy of Israel in collaboration with International Sound Services Pvt. Ltd. organized the 13th Israeli Film Festival, the First Ever Drive-in film show in Nepal at Hotel Soaltee, Kathmandu. The Inaugural Ceremony was held on 25 November 2021 with a special screening of the film, 'A Fish Tale' directed by Emmanuelle Mayer that tells a story of an immigrant worker’s family in Israel.

Welcoming guests to the film festival, Hanan Goder, Ambassador of Israel to Nepal said, “Culture is the spirit of our nations. It is right for Israel, Nepal or any other nation. We are so proud to share today this story on foreign workers and the challenges in Israel.”

Minister for Culture, Tourism and Civil Aviation Prem Bahadur Ale, graced the event as the Chief Guest. Speaking at the event, Minister said, “Art has universal language. If we want to learn about any nation’s culture and tradition, we should watch their films. As the minister of culture, tourism and civil aviation, I am responsible to preserve and promote Nepali culture. I believe this film festival will be a milestone, in sharing and promoting each other’s culture, language and values.” He further added, “I am very excited to experience the ‘drive in film’ concept. I would also like to invite the Israeli film producers and investors to come to Nepal and capture our nation’s amazing beauty in your films.”

Appreciating the Embassy’s continuous effort of holding the Israeli film festival for the 13th year, our Special Guest, Superstar Rajesh Hamal said, “Cinema has an ability to build cultural ties, a soft diplomacy of bringing people together. I hope that the Nepali population will not only enjoy the entertainment side of the movie but will also relate to the cultural aspects of Israel, the Human emotions of Israel.”

Drive-in film concept in itself is not new, but it is being introduced for the first time in Nepal. Following COVID-19 pandemic, the lives of people have been affected in many ways. Drive-in film shows allow a person wishing to enjoy films with family in their own safe capsule. The films will be opened for public on 26 and 27 November 2021. Anyone who loves film can enjoy this unique experience from his or her own vehicles. Entry for the film is free. However, to secure parking place at the Drive-in, the viewers are required to register via Hotel Soaltee website www.soaltee.com.

The Embassy strongly believes that such exchange of cultural activities help understand the culture and daily lives of Israelis by Nepali people thus, further strengthening our existing cordial relations and this time in the field of culture, as well.

Synopsis of the Featured Films:

Victor and Raya Frenkel were the golden voices of the Soviet film dubbing for decades. All the western movies that reached Soviet screens were dubbed by them. In 1990, with the collapse of Soviet Union, the Frenkels decided to do Aliyah - immigrate to Israel, just like hundreds of thousands of Soviet Jews. There's no need in Israel for Russian speaking dubbing artists, and Victor's and Raya's attempts to use their talent will cause bizarre and unexpected events during their first months in Israel, and turn the beginning of the new chapter of their life into an amusing, painful, and absurd experience.

'Laces' tells the story of a complicated relationship between an aging father and his special-needs son, whom he abandoned while he was still a young boy. Reuben's (60) kidney's are failing and his son Gadi (35), wants to donate one of his own kidney's to help save his father's life. However, the transplant committee objects to the procedure claiming that Rueben, acting as Gadi's sole legal guardian, does not have the right to authorize such an invasive procedure. Gadi, who recently lost his mother, is afraid of losing his father as well. He feels he finally has the chance to do something meaningful; to become a man and stand on his own. He's furious with the committee's decision and sets out to fight for his right to save his father's life. Through the film's portrayal of a relationship full of love, rejeuction and co-dependency, it manages to shed some light and question the importance of human life, human connection and if life is even possible without it either one of them.

A young officer returns to his base after a daring mission. The cook's assistant, a religious Holocaust survivor, is envious of him. He believes that there is a place in heaven reserved for the brave officer who endangers his life for the sake of his Jewish brethren. The officer, in the spirit of the Zionist ethos, is secular and a non-believer. At the moment, he is so hungry that, for a plate of shaksuka, he is prepared to sign a contract transferring his secured place in heaven to the cook. Some forty years later, the present time of the movie, the tables have turned - the officer, now a retired general, is on his death bed in the hospital. His son who, to his father's horror, has found religion, is in a race against time. Before his father dies, he has to find that cook's assistant who, forty years earlier, bought his place in heaven. If and when he finds him, the son has to nullify the contract. If he doesn't, his father will go to hell.

The year is 1983 and Yaakov Cohen, the owner of a Jerusalem printing press, is tired from being pushed around. It seems that he was born on the wrong side, with the wrong family name and in a moment's decision he decides to establish a Sephardic-ultra-Orthodox list that will run to the Jerusalem municipality. He gathers two friends, and together they improvise a campaign - no means, no connections, no money, but with much rage, passion and a sense of justice. 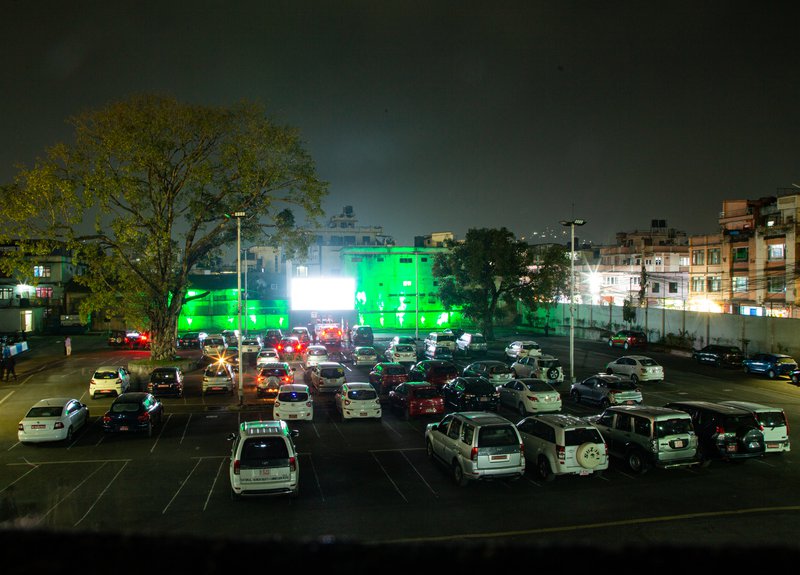 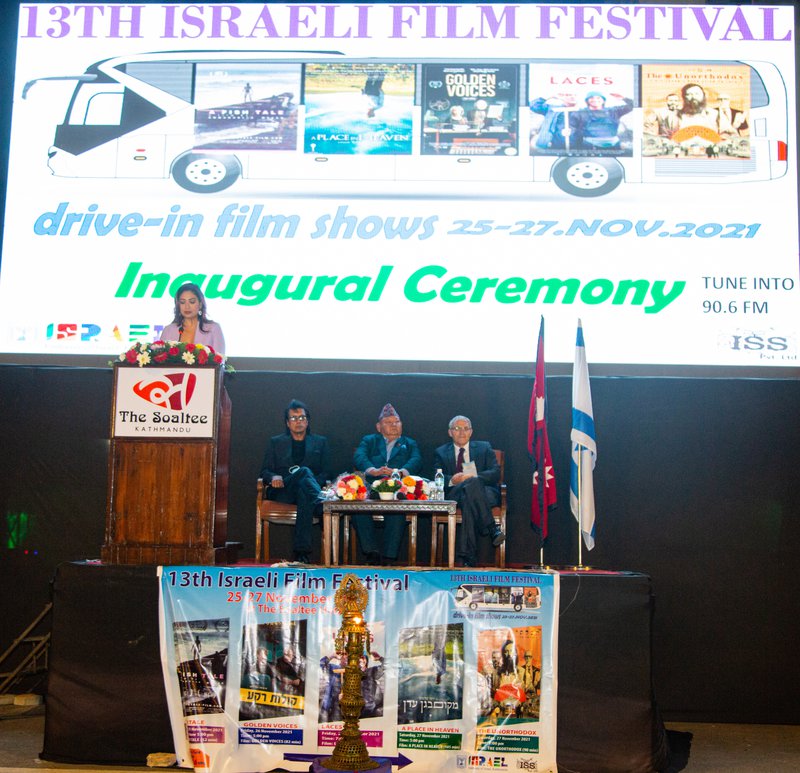 16 Day Of Activism Against Gender Based Violence By NEW SPOTLIGHT ONLINE 20 hours, 44 minutes ago