Almost two years behind schedule due to disruptions caused by issues in the selection of contractor, Tanahu Hydro Power Project is making progress now 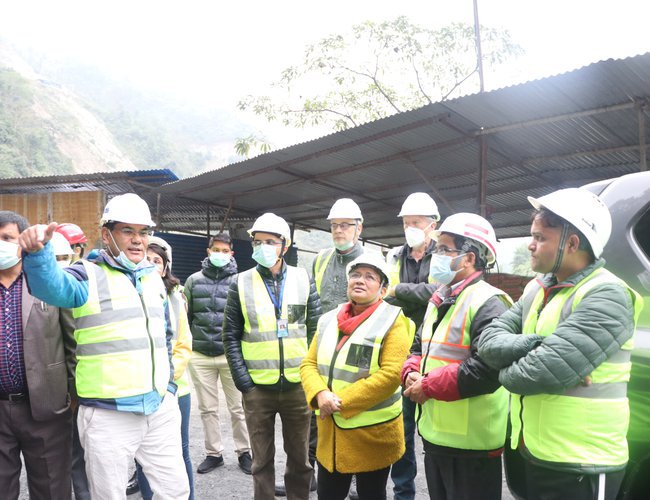 Despite having a huge surplus of electricity during the rainy season, Nepal does face huge deficiency of electricity supply during the winter. As almost all hydropower projects constructed during the last decade are based on run-off-the river type, the disparity in the pattern of production is natural.

Although the size is not much big, the completion of 144 MW Tanahu Hydropower Project, which is the first semi-storage type project, will give some relief.

Delayed for almost two years due to terminations of contractor of lot 1 and selection of new one and COVID-19, the timely construction of project now will have significant impacts in load management.

During her visit, Minister of Energy, Water Resource and Irrigation Bhusal directed project officials to complete the construction of Tanahu Hydro-power Project in scheduled time without making any further delay.

Addressing the officials following the site visit, energy minister Bhusal said that the project is highly important for the country to end the import of electricity.

Minister Bhusal visited the dam sites and the ongoing construction work including underground power house, Tailrace Tunnel and other infrastructures.

Giving direction to the officials and workers, Minister Bhusal said that early completion can help to ease load shedding during the winter as this is the second storage project after Kulekhani.

Although he took the charge as managing director just a few months back, Kiran Kumar Shrestha has been visiting the site from time to time to accelerate the construction work.

During the visit of minister Bhusal, Managing Director Shrestha briefed her about the physical and financial progress of the project.

The project was at the right time one time. However, following scrapping the contract with CMC di Ravenna, Italy in April 2019, the project had to start the contract bidding process from scratch.

After the re-invitation of Re-bid II on 28 February 2020 and the opening of bids on 06 July 2020, the evaluation of technical bids is underway with the support from the Project Supervision Consultant (PSC).

With his experience of working in a number of hydropower projects, the current MD Shrestha will likely to push the contractor to make the progress as directed by minister Bhusal. 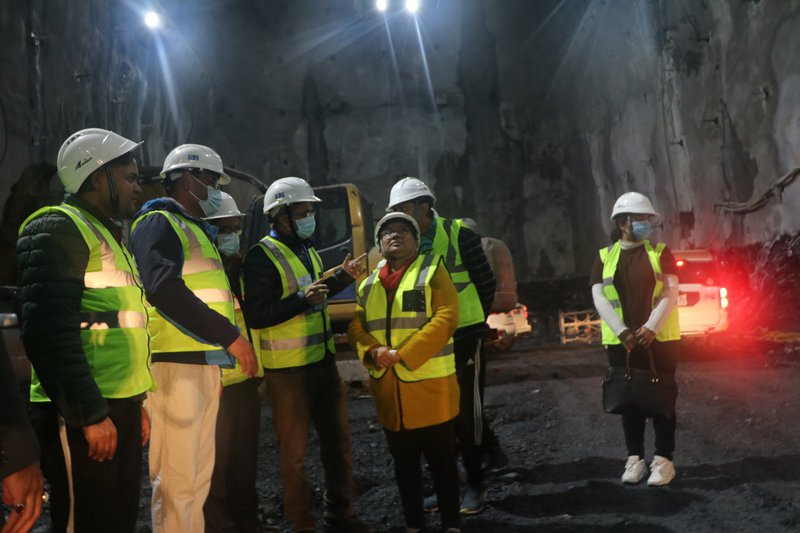 As per the Project Administration Manual (PAM), the total financial cost of the project was estimated to be 505 MUSD as of January 2013 for which the funding arrangements have been made afar signing the respective loan agreements with ADB, JICA and EIB. THL has also concluded the Power Purchase Agreement (PPA) with NEA on 29 June 2018 as a maiden PPA for storage type hydropower projects.

THL and KEC International Limited, India signed the Contract Agreement for Package 3 (220 kV Transmission Line) on 25 December 2018. The Contractor completed the detail and check survey along the TL alignment and the geological investigation at the tower locations.

The project aims to complete the construction of the storage type project and generate electricity by June 2024. New MD Shrestha can make it possible given his experiences.

NADA Demands To Allow Import Of All Vehicles And Concessional Loans By NEW SPOTLIGHT ONLINE 12 hours, 8 minutes ago

MCC-Nepal Issued An Tender For The Construction Of a Transmission Line By Agencies 4 days, 12 hours ago