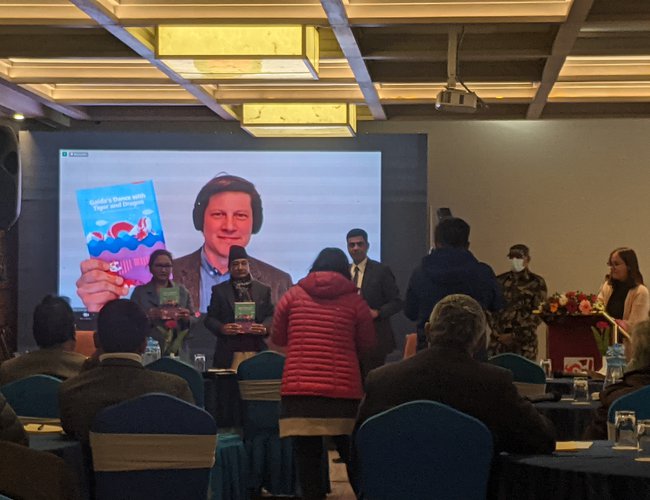 Minister for Communication and Information Technology Gyanendra Bahadur Karki unveiled the book Gaida’s Dance With Tiger and Dragon. He also inaugurated the discussion program on geopolitical dynamics and prospects for development in Nepal.

Edited by Chandra Dev Bhatta and Jonathan Menge, the book consists of 10 different articles on prospects on development, national security, Dancing with Tiger and Dragon and Foreign Policy options for small states.

Addressing the program minister Karki appreciated the role of FES to promote social democracy in Nepal saying that he himself was a fellow of FES Nepal in his young days. He recalled the fellowship provided by FES Nepal to prime minister Sher Bahadur Deuba to pursue higher education in London.

Minister Karki hoped that the book will significantly contribute to formulating Nepal’s development and foreign policy. In his address to the program, Jonathan Menge, Resident Representative, FES Nepal, said that a new geo-strategic shift in the region is an opportunity for Nepal as well. 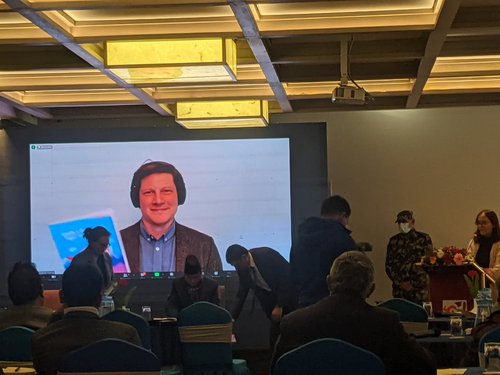 The chair ambassador, Gyan Chandra Acharya said that this kind of academic works is useful for the country. In his overview of the book, Chandra Dev Bhatta, co-editor from FES Nepal, said that the volume deals with some of the pressing issues, such as prospects for development, national security, geopolitics at the neighborhood and foreign policy options for small states.

Book On Non-Governmental Organizations By Keshab Poudel 4 weeks, 1 day ago