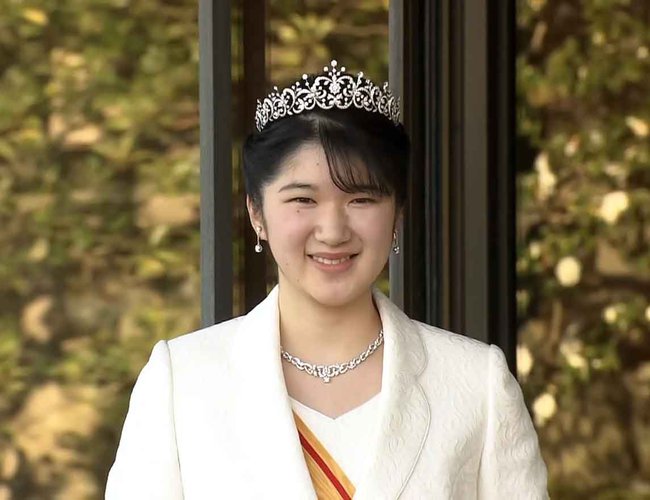 Tiaras are a byword for royalty, and the female members of Japan’s Imperial family are no different in wearing them for special occasions. Princess Aiko recently dazzled in one for her traditional coming of age ceremony—but in a carefully considered break with tradition, she can’t call it her own.

The princess, who is the daughter of Emperor Naruhito and Empress Masako, turned 20 on December 1. The ceremony took place on December 5, and it means she can now assume official duties as an adult member of her family.

She wore a white dress for the occasion, and a tiara borrowed from the Emperor’s younger sister, Kuroda Sayako. Japanese princesses typically receive their own when they turn 20, but the Imperial Household Agency says the decision to forego tradition was made in light of the coronavirus pandemic.

After a consultation with the Emperor and Empress, it was decided that a new tiara would not be made at a time when so many people are suffering. The Agency says the Imperial couple are deeply grateful to Kuroda for lending hers to their daughter. 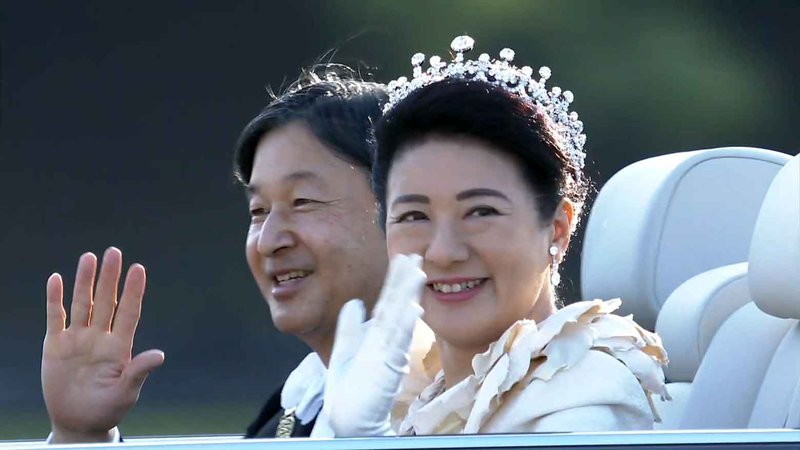 Imperial family tiaras typically cost between 130,000 to 250,000 dollars, which usually come from the state coffers. Princesses who leave the family for reasons such as marriage must return theirs to the government. But Kuroda—who wed in 2005—didn’t have to, because the funds for hers came out of the former Emperor's family expenses.

Currently, the Imperial Household Agency keeps eight tiaras, including one used by Crown Prince Akishino's daughter Mako, who left the Imperial family after marrying in October.

An atelier in Tokyo regularly produces tiaras for female members of the Imperial family. The process these days involves all manner of digital technologies, such as computer-aided design and 3D printers.

Each tiara can comprise as many as 100 individual pieces, and they are hand-finished by master craftsmen, including Tejika Masahiro. He says producing a single tiara can take up to 18 months.

It’s painstaking work, but he couldn’t be more proud. “It’s truly an honor to be involved in the production of tiaras for the Imperial family,” he says. “I make them with a special feeling. When I see a princess wearing one, I feel blessed to be a craftsman like me, and glad that I do what I do.”

Tiaras in the Imperial family date back to the late 1860s. At the time, Japan was adopting Western cultures, including clothing and certain forms of etiquette, in an attempt to achieve diplomatic parity.

In fact, the first tiara produced at that time exists to this day. In 2019, Empress Masako wore it during the procession to mark the enthronement of Emperor Naruhito.

Princess Aiko’s coming of age ceremony isn’t the only official event in which tiaras have been eschewed because of the pandemic. They were absent from the most recent New Year celebrations, again out of consideration for the situation.

Spending public money on expensive tiaras is not without its critics, but Aoki Junko, an expert on royal fashion, insists they are a necessary part of formal protocol. “I think it’s important for female members of the Imperial family to wear tiaras,” she says. “They are part of the rules of courtesy between countries.”

Nishimura Yasuhiko, the Grand Steward of the Imperial Household Agency, shares similar sentiments. At a news conference in November, he said tiaras are necessary for ceremonies, and that producing them is not wasteful. As for Princess Aiko, he said: “In light of the coronavirus situation, the government decided not to use state funds after consulting with the Emperor and Empress. The government will consider the matter again in the future.”

Regardless of the fact that her tiara was borrowed, Princess Aiko beamed with pride when appearing in front of reporters after the ceremony. In a statement, she vowed to serve others while working to be her “best self.” In a sense, the Imperial family’s newest adult is proving that the right mindset is even more valuable — and always worth passing on to future generations.

President Biden In State of Union Exhorts Congress: ‘Finish The Job’ By Agencies 2 hours, 43 minutes ago