PANAUTI Past and Present 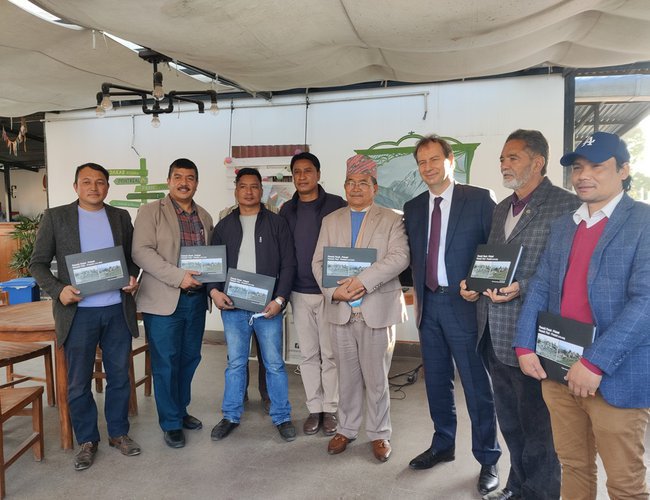 With its historic importance, the book on Panuti: Past and Present is historially very valuable book. The photo book PANAUTI: PAST-PRESENT [1976-2020] was officially launched by the French Ambassador Gilles Bourbao.

Supported by French governmen in early days to revive Panauti, the entire landscape of the Panauti has changed now. In this scenario inauguration by French ambassador to Nepal is highly valuable.

Organized by the Alliance Française Katmandou it was attended by the Mayors of Lalitpur Metropolitan City and of Panauti Municipality Chiribabu Maharjan and Bhim Neupane respectively, researchers, students and the friends from the media.

This photo book, which is published in both French and English languages, illustrates the changes the town of Panauti has gone through from 1976 until 2020 and shows the ambitious renovation project carried out by the French researchers, the French Ministry of Foreign Affairs and the French development agencies aimed at preserving Panauti’s architectural heritage.

It also highlights the local cultural heritage and how the current uncontrolled urbanization threatens it. The photobook is the work of Gérard Toffin, the French social anthropologist, and Prasant Shrestha, the photographer from Panauti.

Toffin has been carrying our researches in the Banepa Valley since the 1970s. The publication of this photo book was funded by the Alliance Française Katmandou and will be available for purchase at Vajra Books, Mandala Book Point, and Panauti Study Center.

The sale proceedings will go towards the social fund of P3RAM GROUP from Panauti.

It is a great honour and a pleasure for me to be here amongst you today for the launching of the photobook Panauti: Past – Present [1976-2020].

There is a fine tradition in the French administration called the principle of continuity of public service. This principle provides that the State maintains its commitments despite the changes in Governmentsor the officers in charge. Well, in our case, the book I am presenting to you today is the culmination of a project that was initiated by my predecessor, François-Xavier Léger.

François-Xavier Léger, unfortunately had to leave Nepal before this project could be finalized. We naturally wanted to respect his commitment to Gérard Toffin, the French social anthropologist, and Prasant Shrestha, the photographer from Panauti, and to the city of Panauti where the French researchers, the French Ministry of Foreign Affairs and the French development agencies supported an ambitious renovation project aimed at preserving Panauti’s architectural heritage. It is therefore with great pleasure that I participate in the launch of this book today.

It is even more special since I have had the chance to visit Panauti and was in awe of its architectural and rich cultural heritage. I walked the ancient streets alongside Prasant Shresthawho guided me. I was able to witness the wonderful memories left by Gérard Toffin with the inhabitants of Panauti, many of whom spoke to me with fond memories from the past. 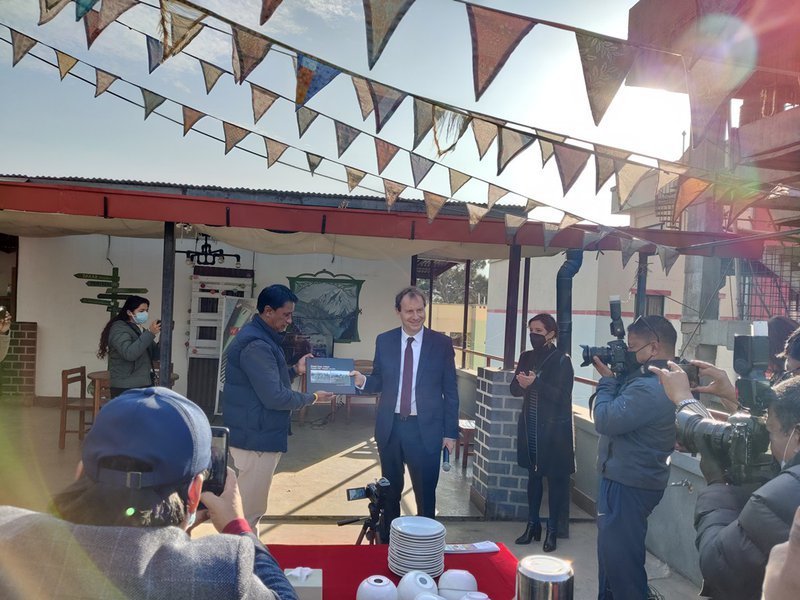 This book of photographs illustrates the images of the town of Panauti in the 1970s and today, almost fifty years later. Everyone will find something that they may relate to while comparing the photographs: Nostalgia, for some, who will recollect their youth; the testimony of the development ofNepal such as the arrival of electricity, cars. For us French, we are particularly pleased to see the restoration works on the temples of Panauti have made it possible to preserve a very beautiful cultural, religious and historical heritage for the generations to come.

We hope that you will enjoy this photobook as much as we enjoyed putting it together.

16 Day Of Activism Against Gender Based Violence By NEW SPOTLIGHT ONLINE 1 day, 12 hours ago

World AIDS Day 2022: The AIDS Response Is In Danger By NEW SPOTLIGHT ONLINE 2 days, 9 hours ago