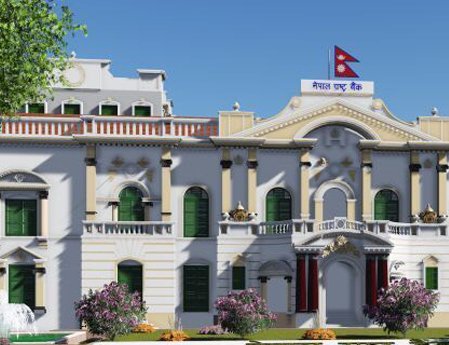 Nepal Rastra Bank (NRB)'s latest report published on Thursday said that the remittance inflow decreased by 6.8 per cent to Rs.388.58 billion in the first five months of the current year. In the same period last year, the remittance had increased by 11.0 per cent reports The Rising Nepal.

However, the decline has been slightly corrected compared to the data of the first four months of this year when remittance was declined by 7.5 per cent.

According the daily, the report maintained that the number of Nepali workers (institutional and individual-new and legalized) taking approval for foreign employment increased significantly to 131,082 in the review period. The number had decreased by 92.7 per cent in the same period of the previous year due to COVID-19 related restriction at home and abroad.

Meanwhile, the number of Nepali workers (renew entry) taking approval for foreign employment increased by 295.8 per cent to 99,580 in the review period. It had decreased by 77.3 per cent in the same period the previous year.

According to the central bank, balance at various accounts of the government maintained with the NRB remained Rs. 291.19 billion (including provincial government and local bodies account) as of mid-December 2021 compared to Rs. 194.70 billion in mid-July 2021.

In the review period, BFIs interbank transactions amounted to Rs. 1419.8 billion, including Rs.1235.72

billion inter-bank transactions among commercial banks and Rs.184.08 billion among other financial institutions while such transactions were of Rs. 207.09 billion in the first five months of previous year.

NADA Demands To Allow Import Of All Vehicles And Concessional Loans By NEW SPOTLIGHT ONLINE 11 hours, 55 minutes ago

MCC-Nepal Issued An Tender For The Construction Of a Transmission Line By Agencies 4 days, 12 hours ago